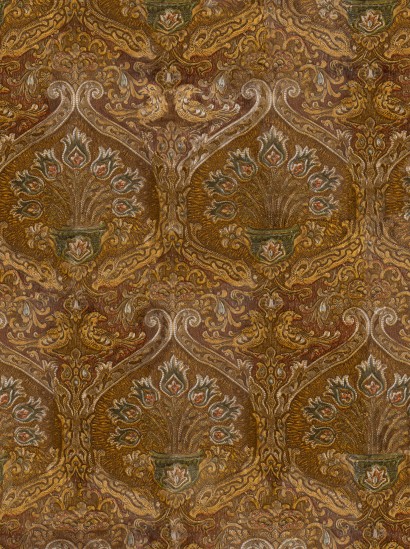 The Stulov Brothers' lodging house, which became part of the Pushkin State Museum of Fine Arts in 1988, is undergoing restoration. During the clearing of the walls, we found fragments of the original decoration, which was once part of the building's fanciful interiors, combining elements of various artistic styles.  The previous owners, brothers Pyotr and Nikolai Stulov, took great care to decorate the interior of the house. Cooperation with the gifted Moscow painter Ignatius Nivinsky allowed them to prepare a design, as well as to cdesign ornamental murals, which tied the public and living quarters together. The main wall covering was Lincrusta. Fragments of this material were found in the rooms on the second and fourth floors.

Invented by the famous British industrialist Frederick Walton, Lincrusta was similar to wallpaper. It was, however, unlike the latter, water-repellent. The material consisted of a paper backing and a thin, embossed surface layer made from a mixture of wood flour, chalk, wax, rosin and natural oils. With the help of a press the front side of the Lincrusta was covered with a deep embossed pattern, which enhanced the decorativeness of the wall covering. Ease of use, durability and beauty made Lincrusta one of the most popular materials for interior decoration, first in Britain and later in continental Europe.

Despite the fact that the first batch of Lincrusta was produced in 1877, the innovation only became popular in Russia at the end of the 19th century. Russian decorators and artists combined Lincrusta in interiors with plaster mouldings and various wooden elements, usually made in the technique of propylene openwork carving. Lincrusta was easy to repaint, so it was often used for the walls of rented flats. In the lodging house of the Stulov brothers, a covering imitating gilded leather wallpaper with bird and plant motifs was used. It is possible to reconstruct the original appearance of the walls from fragments that have survived. It is a long but fascinating process. The first stage has now been completed. After dismantling, five fragments of the original wall covering were cleaned, dusted, lined with paper, and waxed. This makes it possible to start the second stage of the work, which will restore the Stulovs' house to its former glory. 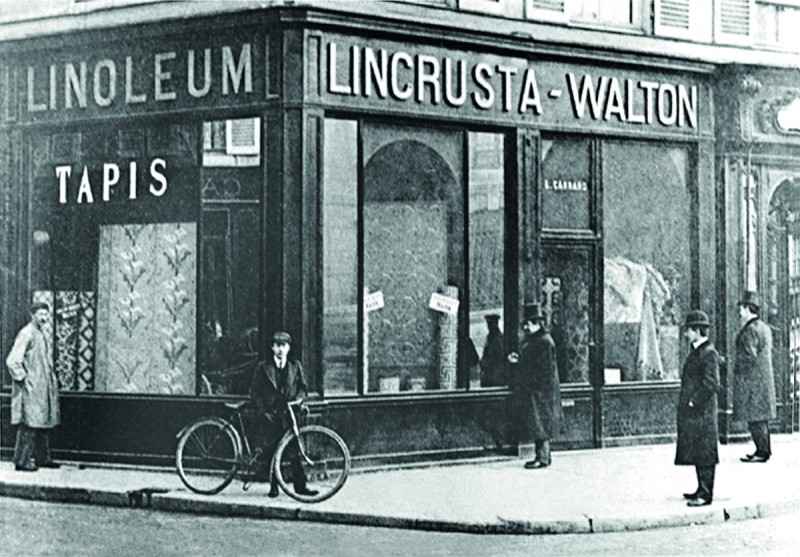 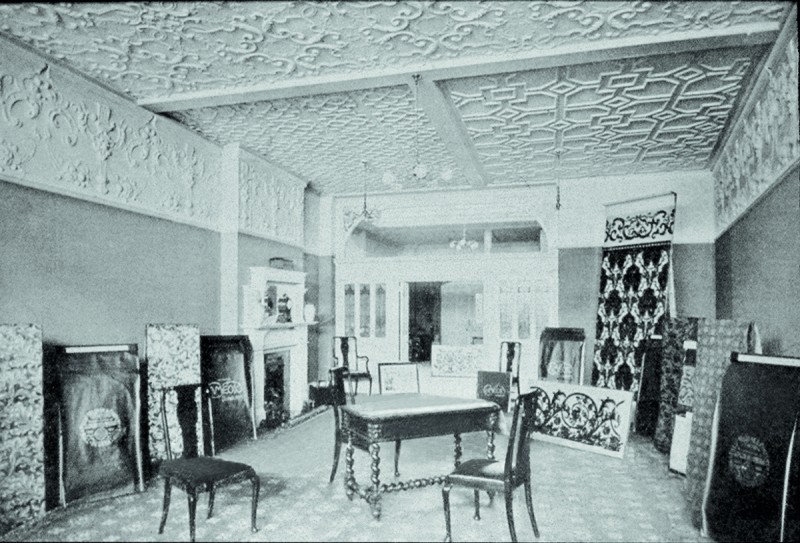 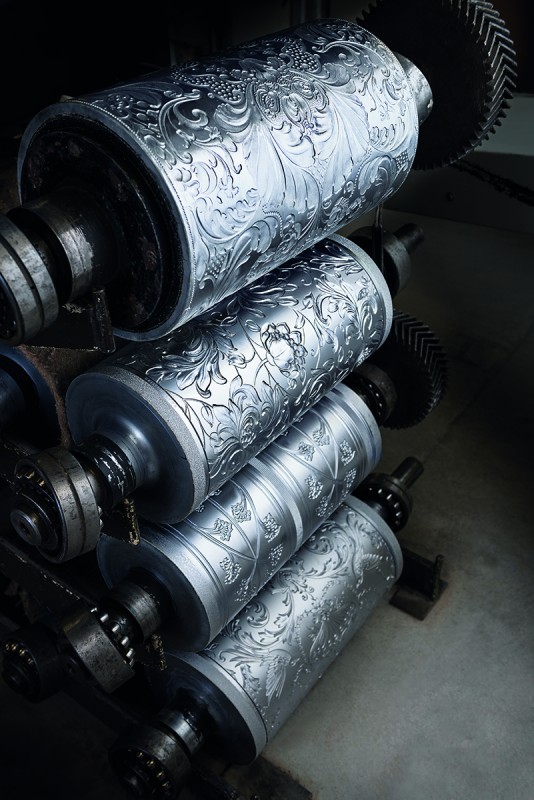 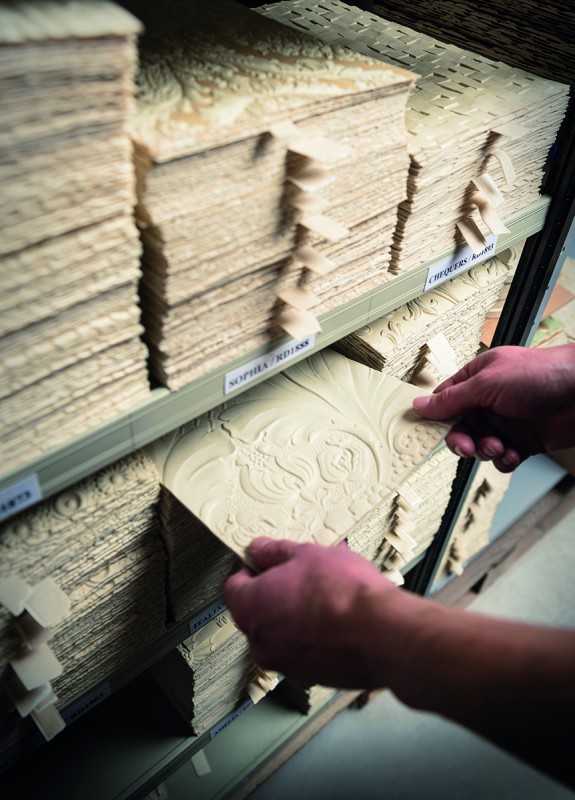 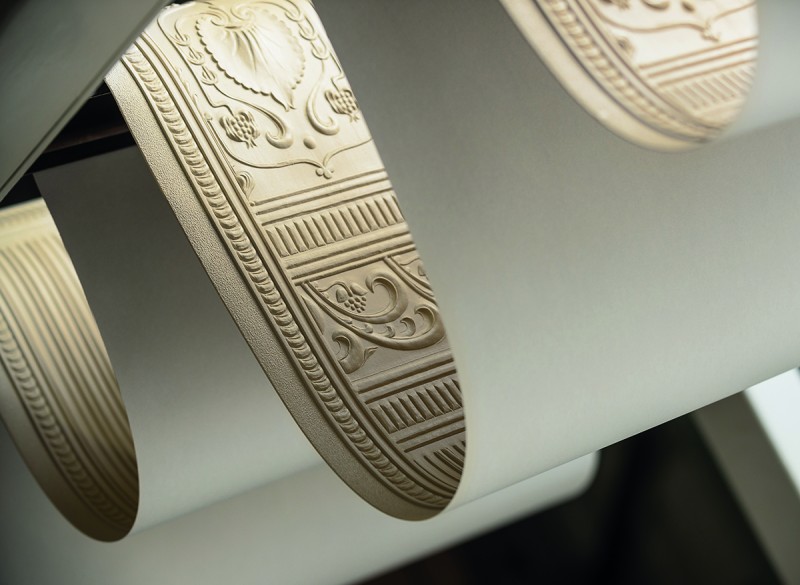 Wall coverings on a conveyor belt 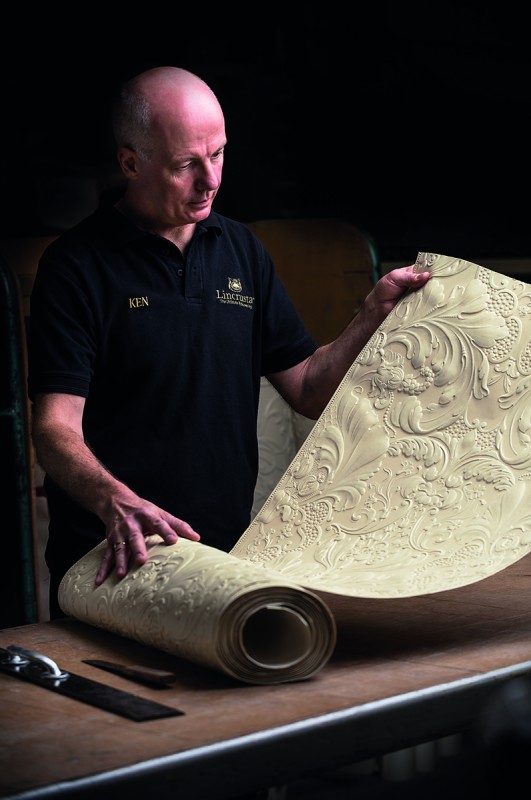