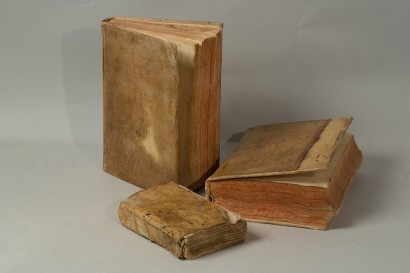 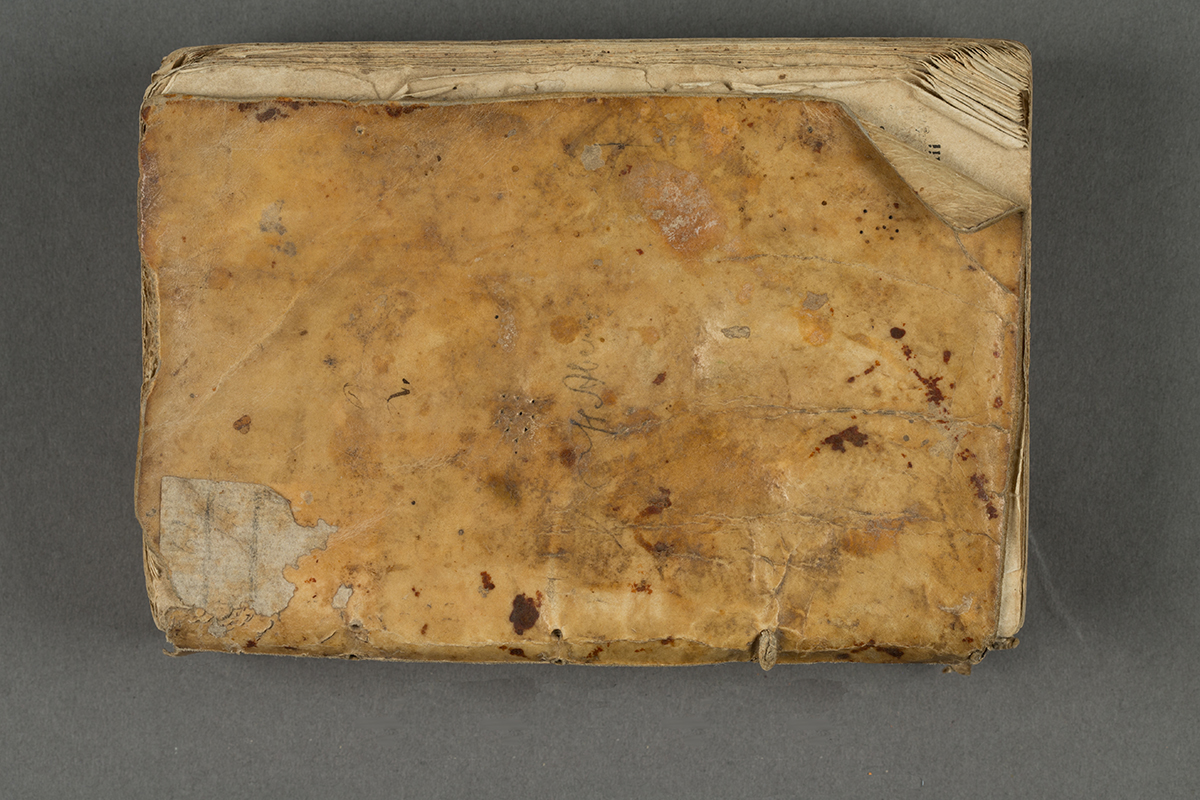 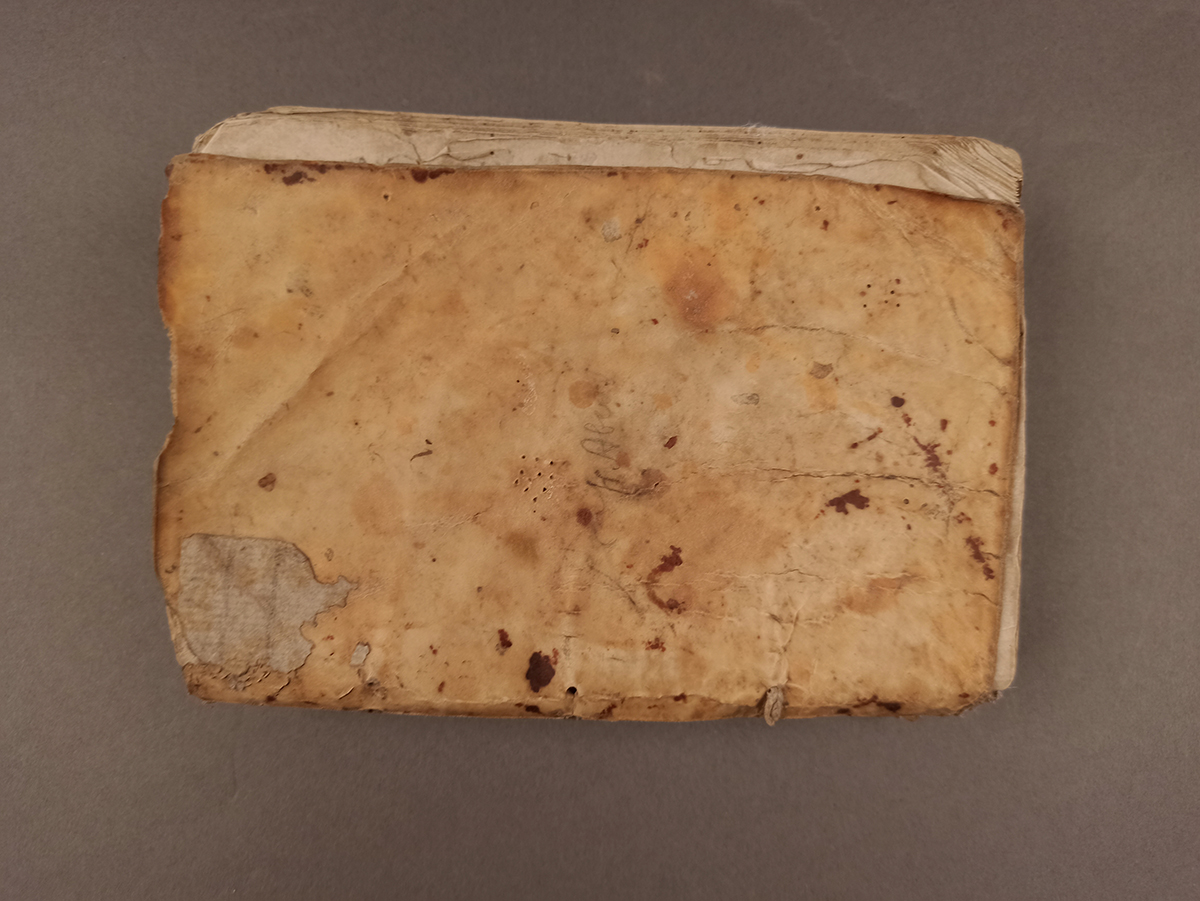 Before and after cleaning

The conservators at the Pushkin State Museum of Fine Arts sometimes solve unusual problems. For example, they work with parchment bookbindings. Parchment is leather cured in a special way. The technology of its manufacture has been known since the 2nd century B.C. The name of the material itself originates from the Asia Minor city of Pergamum, a major centre of parchment manufacture. Freshly skinned hides of sheep, lambs or calves were washed and then soaked in a lime solution to remove wool more easily. The hides were then stretched over wooden frames, where a curved knife was used to remove the subcutaneous tissue. The hides were brought to the required thickness and sanded. An important property of parchment is that it retains its flat shape after drying. It was used to make booklets. To make the ink absorb well it is necessary to remove grease. To do this, chalk powder was rubbed into parchment. Pastes of lime, flour or milk were used to whiten it.

In ancient times, parchment replaced papyrus. Since Ancient Rome it was used to make codices, the familiar to us bound books. By the 16th century, parchment had largely disappeared as a writing material. Manuscripts were replaced by printed books. The production of cheaper and more convenient printing material - paper - was mastered. But throughout the 17th-century parchment was still used for bookbinding.

Four Italian books bound in parchment from the 16th-17th centuries came to the Conservation Department of the Pushkin State Museum of Fine Arts. Among them are works by Plutarch and Francesco Petrarch. The printed paper blocks of the books are in good condition. However, the parchment bindings lost their shape. The books opened and the blocks came out of the shrunken covers. The parchment's ability to actively absorb and release moisture, due to its lack of tannins, was a factor.

The conservator first removed contaminants from the surface of the parchment. Because of the physical and chemical properties and age of the material, the cleaning technique had to be adjusted in the process. The conservator watched the parchment's response to moisture and various substances. Gradually, centimetre by centimetre, the covers were cleaned of dirt.

Next, the deformations had to be repaired and, if possible, the bindings returned to their original shape. It was necessary to remove the parchment from the paper block and bindings. If you stretch the parchment, it will eventually shrink anyway. So we decided to use the parchment stock from the folds on the edges of the covers.

The long process of straightening out the curved parts is currently underway. We will be monitoring how the antique books are getting cosy again in their parchment covers. 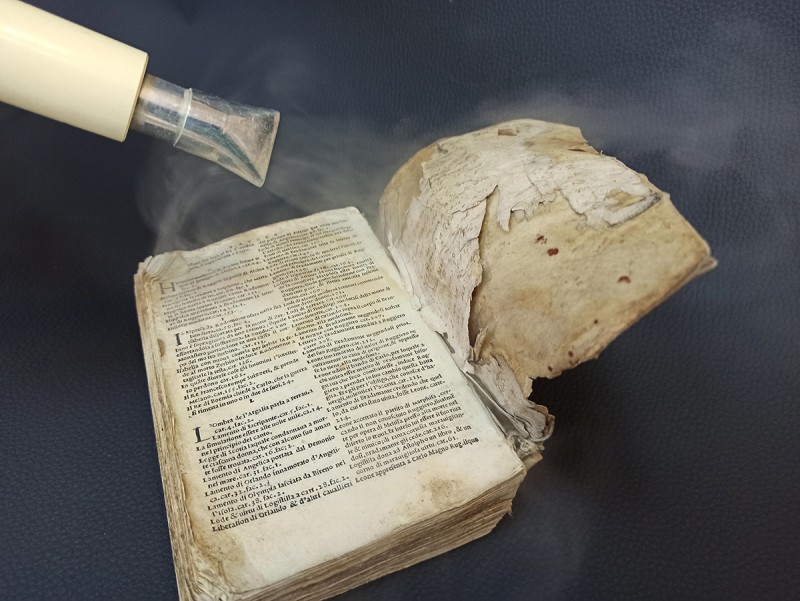 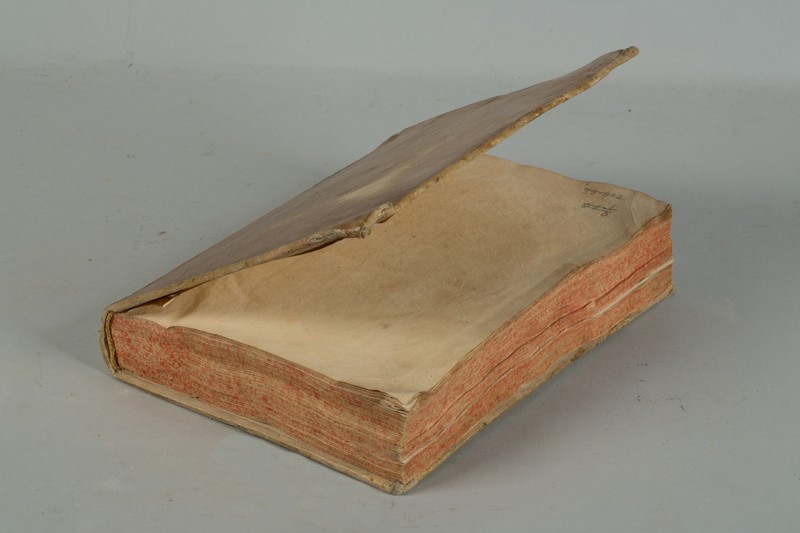