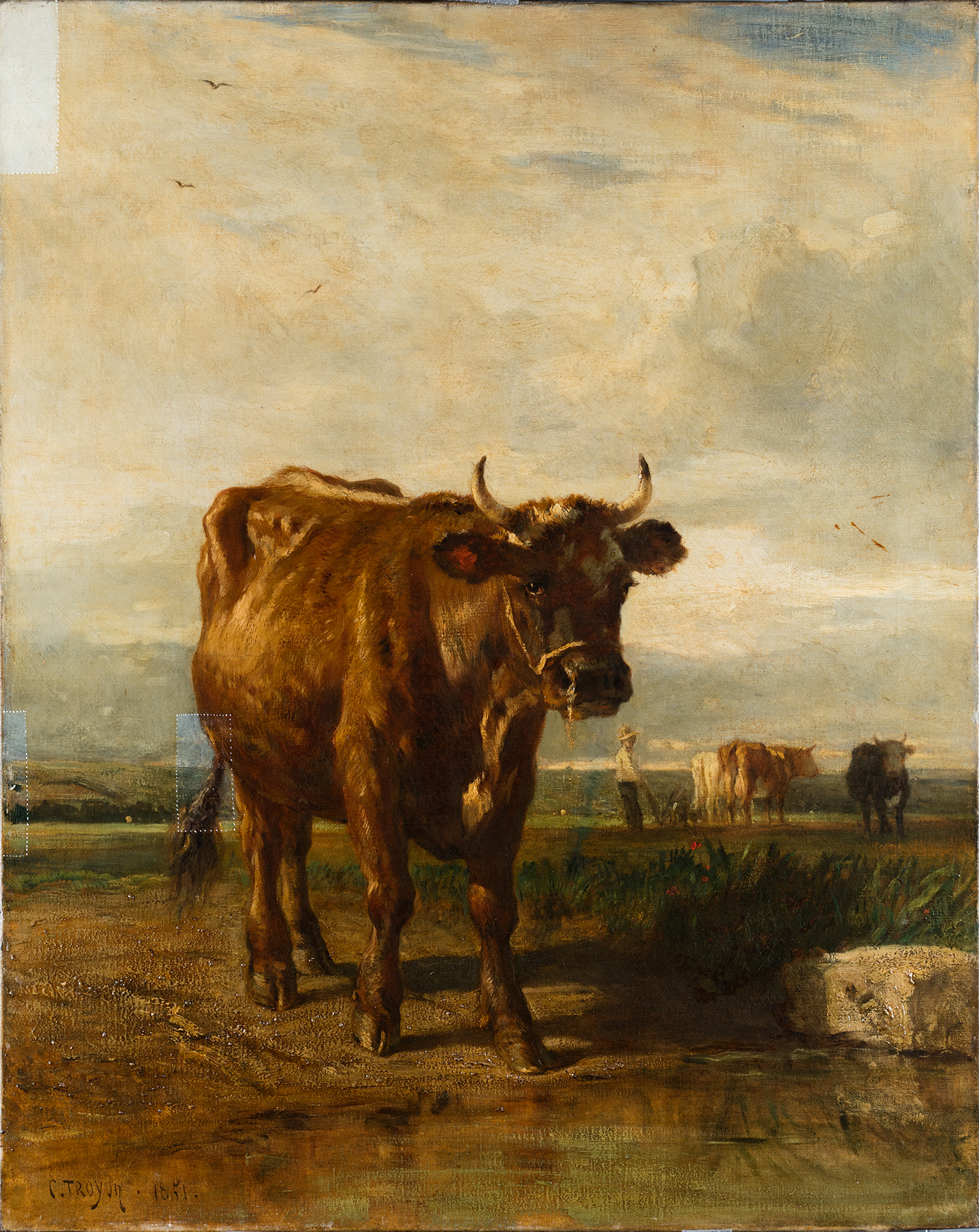 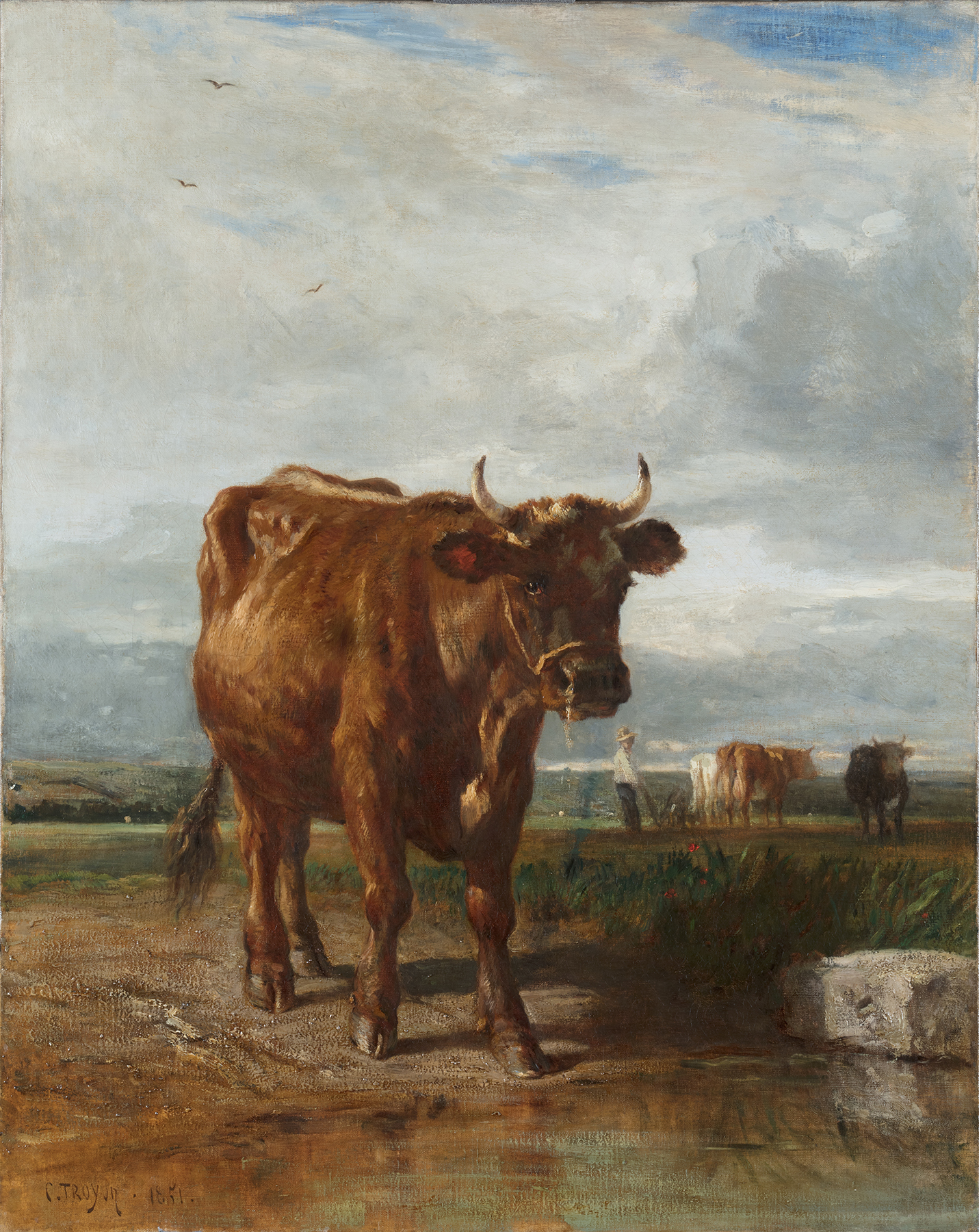 French artist Constant Troyon (1810-1865) was a renowned master of animalistic painting. Born in Sèvres, the centre of porcelain production, the young Constant followed in his father's footsteps and mastered the art of decorative painting. Later, he became interested in landscape painting and Troillon decided to pursue his studies. He travelled through France, joining the Barbizon School, a community of artists who began to explore the beauty and value of the realistic landscape.

The turning point in the artist's work came when he visited The Hague, where he became acquainted with the work of Paulus Potter (1625-1654). Troyon eventually found himself in the animalistic genre and achieved widespread fame. His paintings were a great success in the salons, and Emperor Napoleon III himself was among his admirers.

His painting An Ox belongs to the artist's mature period of work. With the overall fairly good state of conservation of the painting, its colour perception was, nevertheless, affected by the yellowing of the varnish.

In painting varnish has a double function: it gives gloss and depth to the paint layer and at the same time protects paintings from sunlight. However, natural varnish ages over time, taking on a yellow-brown hue, which was also the case here.

In order to restore the painting to its original colour and tonal qualities, it was decided to carry out conservation treatments. The photo taken during the process clearly shows the contrast between the cleaned fragments and the overall heavily yellowed surface of the painting. Examination in the UV light revealed uneven varnish, scuffs and old retouches.