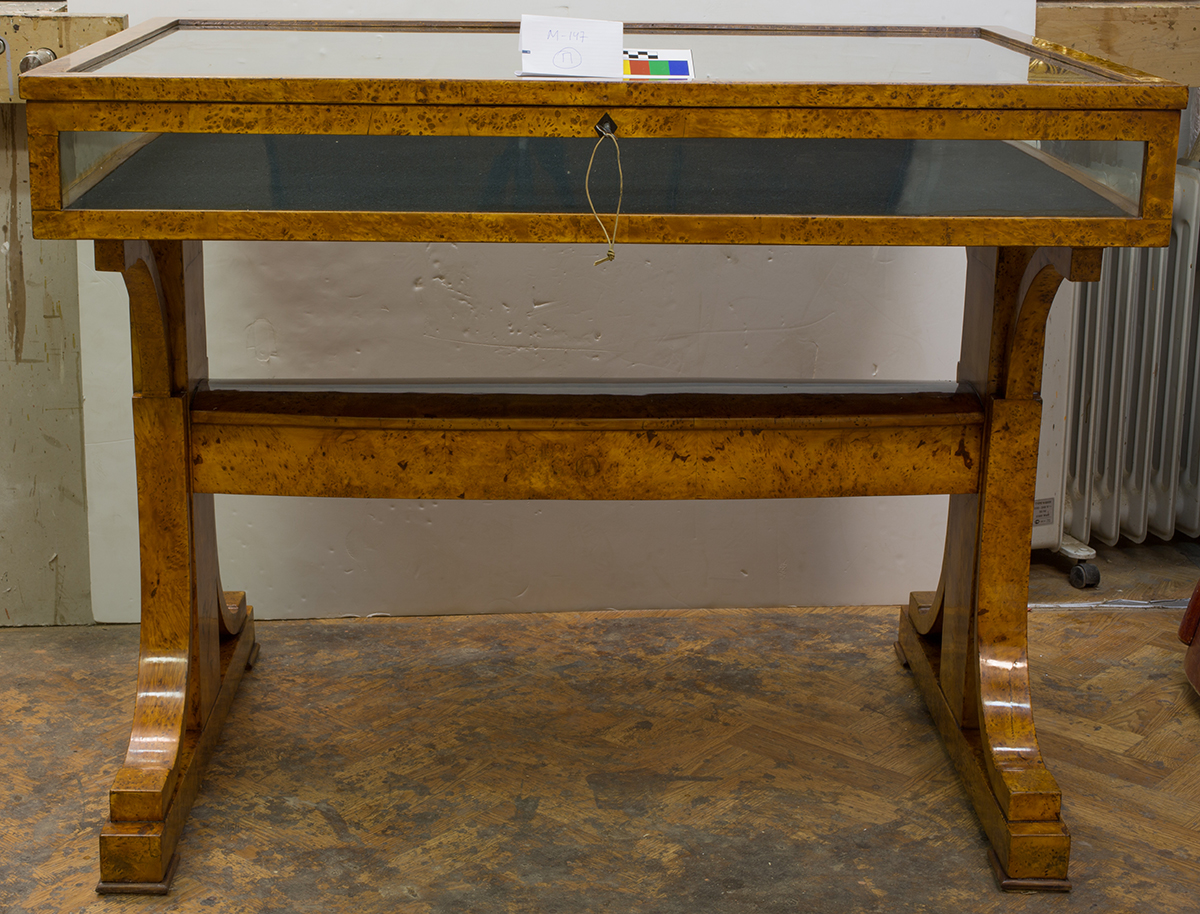 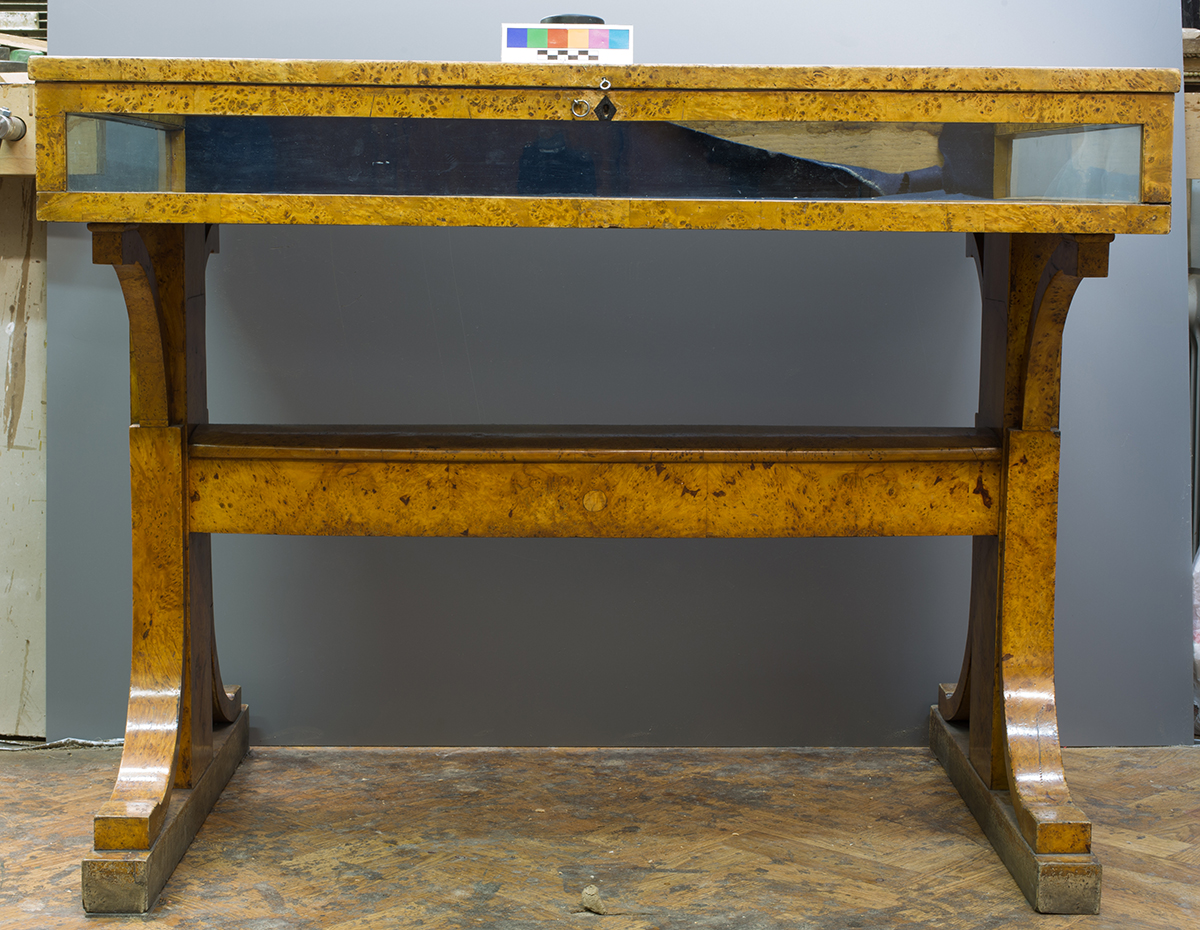 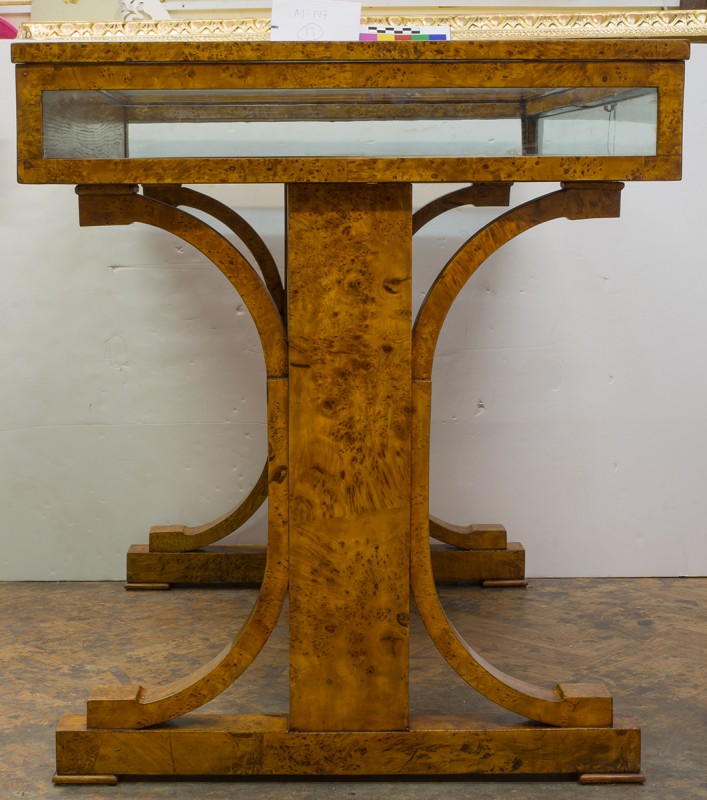 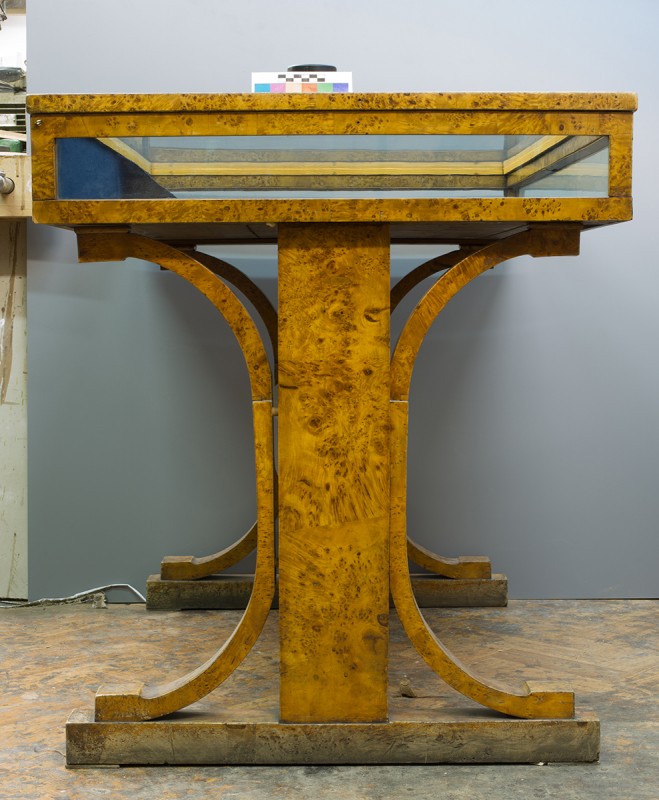 The original finish was done in shellac polish. Due to repeated poor quality renovation without prior cleaning, a dull and dirty varnish layer was formed.   In the areas where the base was in contact with the varnish, the varnish was virtually lost and the veneer had taken on a greyish-black hue due to contamination. Because of these changes in the finish, the display cabinet was attributed as being veneered with Karelian birch veneer. Closer inspection revealed that the veneer was poplar root veneer, which became evident when the cleaning began.

During the treatments we reinforced the structure of the base, restored the geometry of the upper part of the display, removed surface dirt, cleaned off the dirty and cloudy varnish layer, strengthened the connection between the veneer and the base, and replenished and tinted lost fragments of veneer.

Finishing and conservation was done with clear shellac polish. Glass pane was inserted into the upper part of the display cabinet and the old and worn cloth was replaced by a new one. A repaired lock for locking the lid of the cabinet was installed.