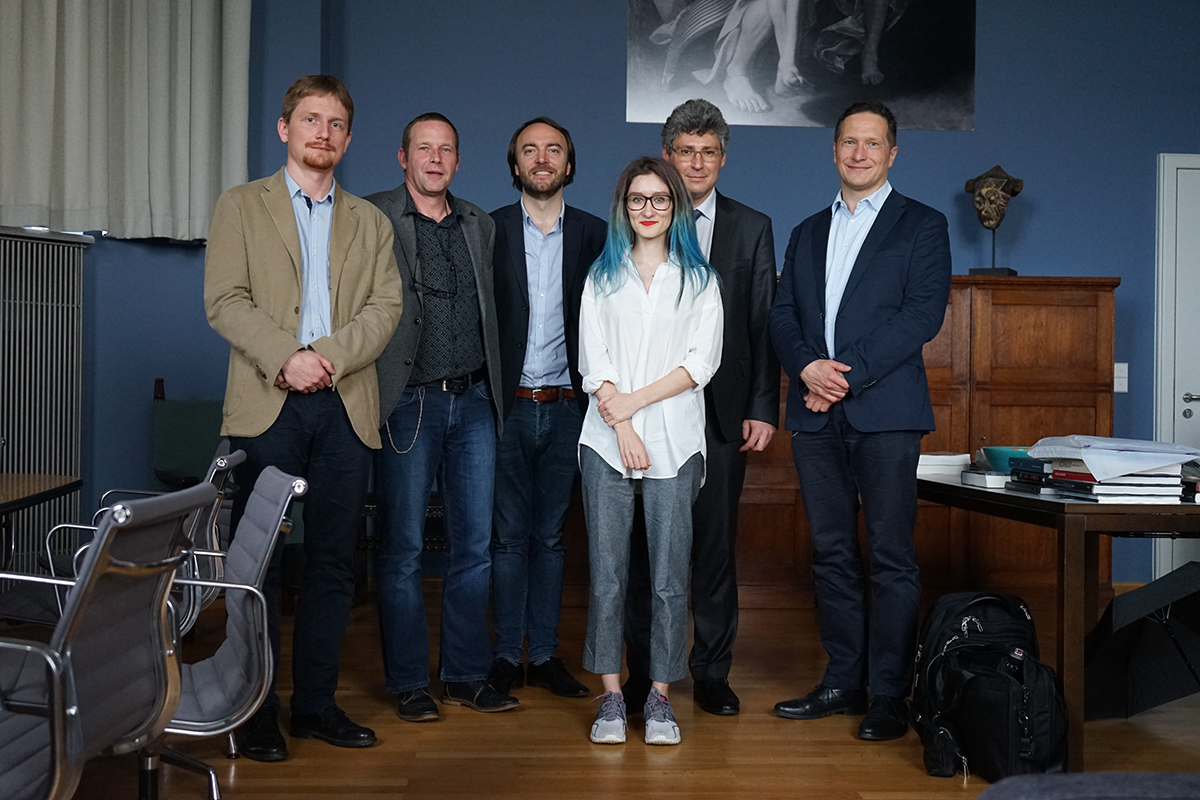 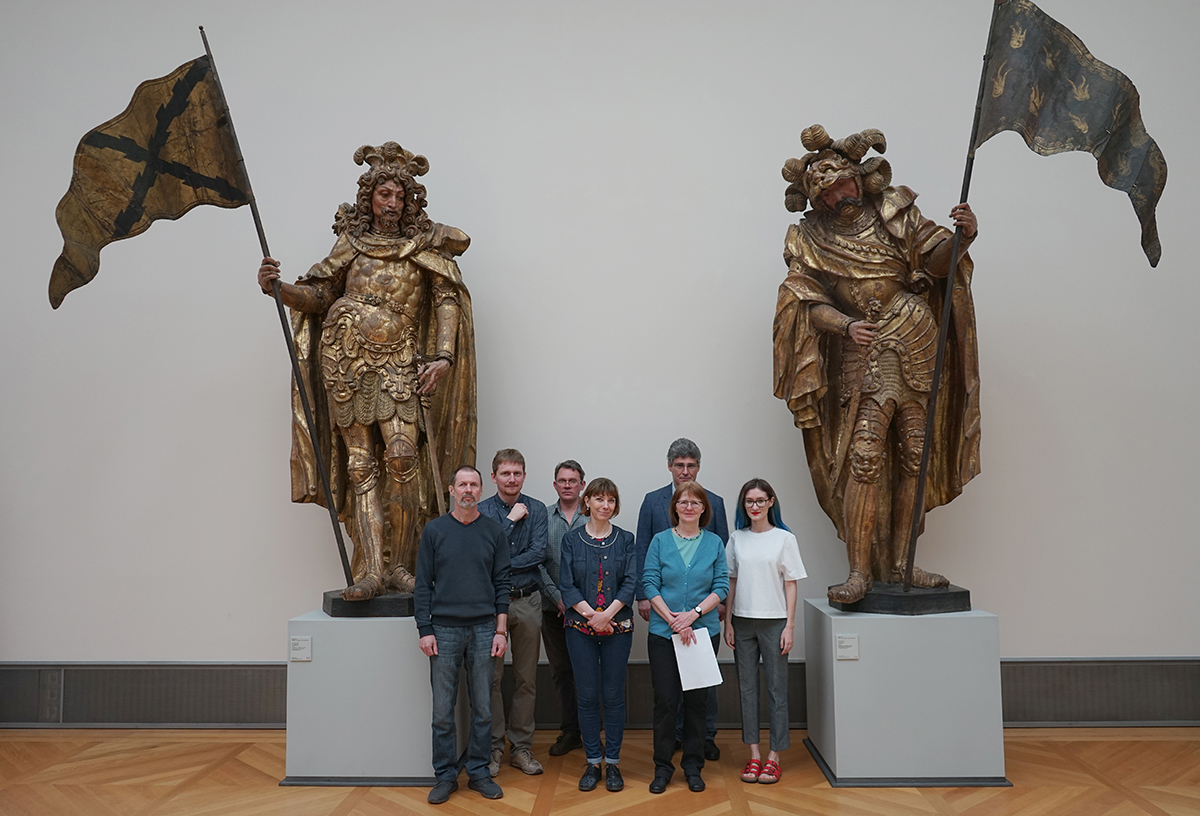 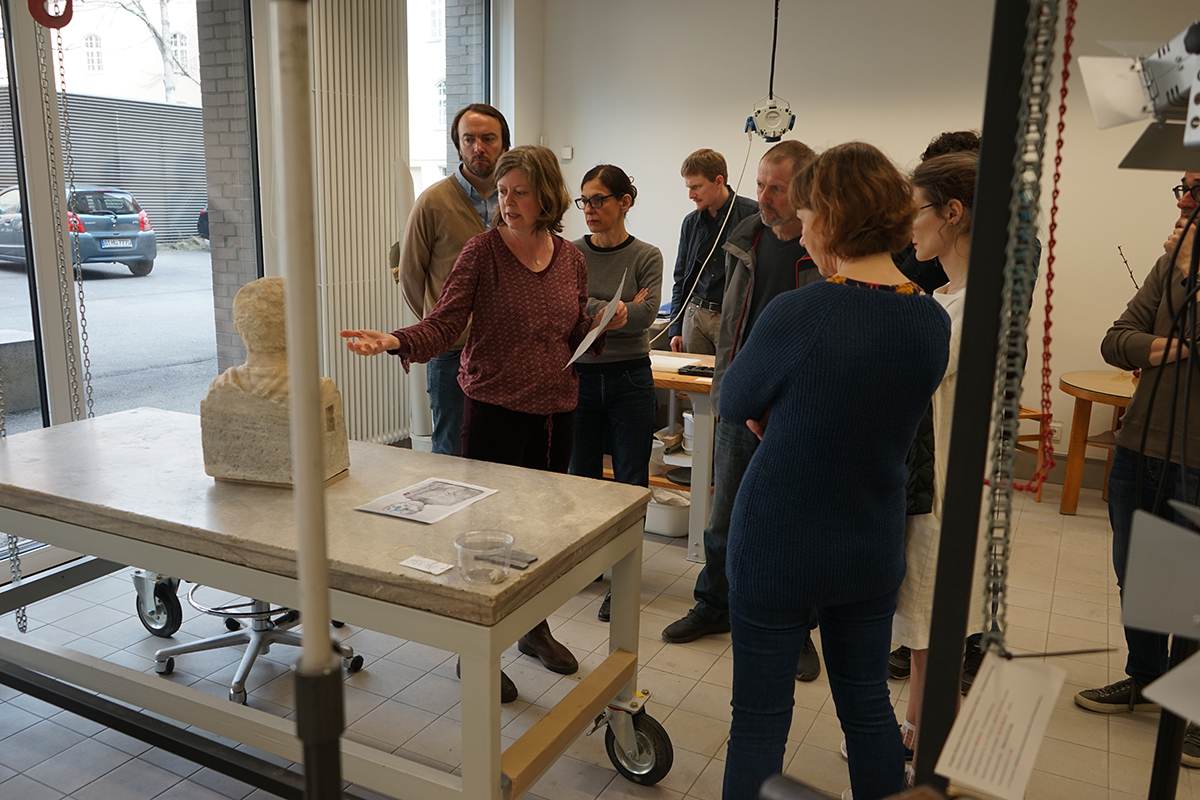 Astrid Will talking about conservation of stone in the Archaeological Centre 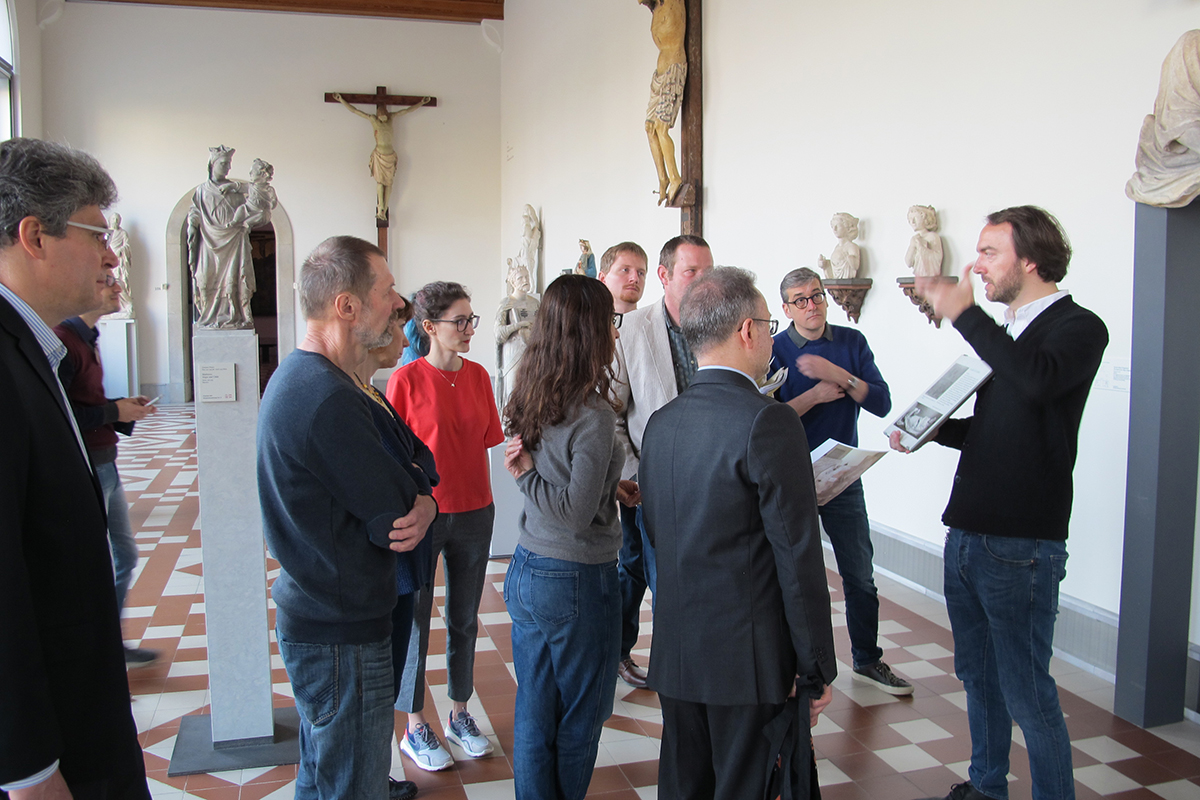 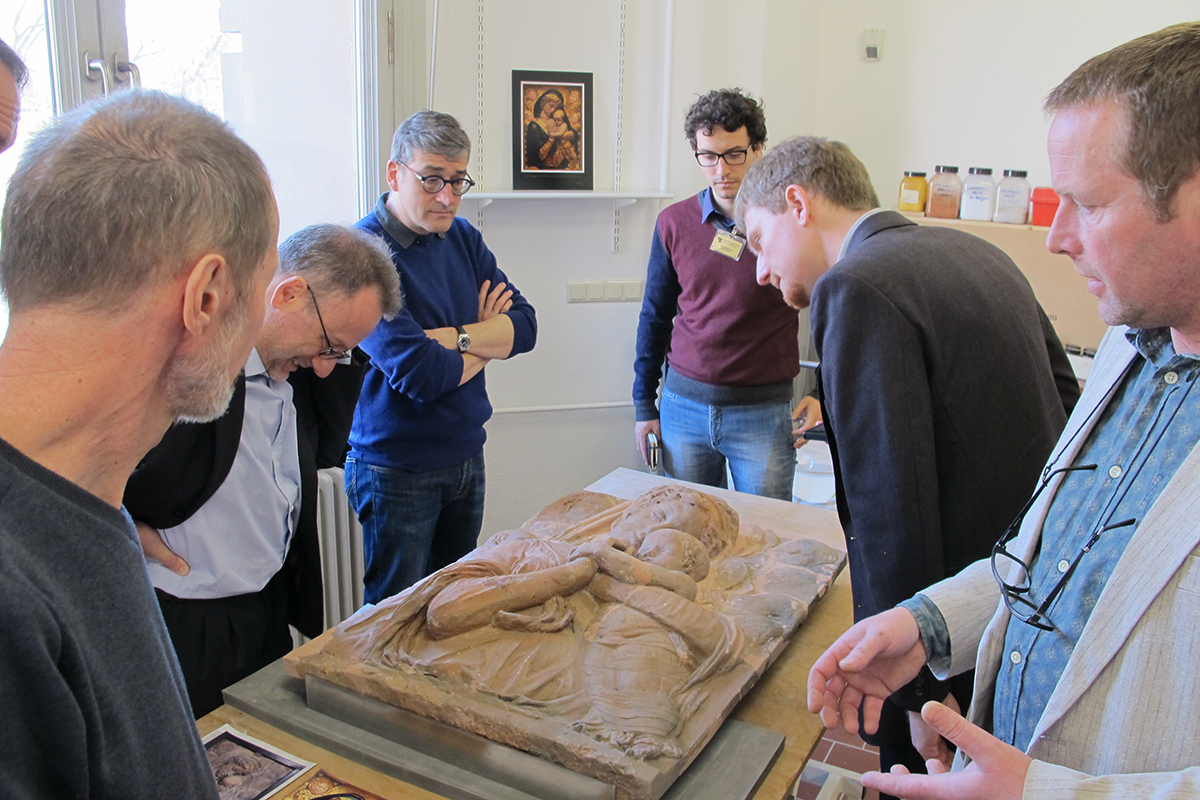 In the Bode Museum workshop

Within the Donatello and other Renaissance masters: research and conservation project carried out in The Pushkin State Museum in collaboration with The Prussian Cultural Heritage Foundation and The Collection of Sculptures from the State Museums of Berlin, work meetings and an academic symposium of the Pushkin State Museum conservators and the German and Italian specialists were held in Berlin from 9 to 13 of April.

During their visit, the Pushkin State Museum conservators were shown the conservation workshops and depositaries of the Gemäldegalerie, Bode Museum and the Prussian Cultural Heritage Foundation's Archaeological Centre, as well as the Gipsformerei and the Rathgen Research Laboratory.

The project on research and conservation of the sculpture pieces from the Berlin museums which are now in custody of The Pushkin State Museum was launched in 2015. The Renaissance collection includes pieces made of metal, ceramics, stone, and terracotta originally which belonged to the museum of Kaiser Friedrich in Berlin and were brought to Moscow in 1946. Most of the pieces were badly damaged during a massive fire in Berlin's Friedrichshain bunker in the last days of the war. Learn more about the project here.