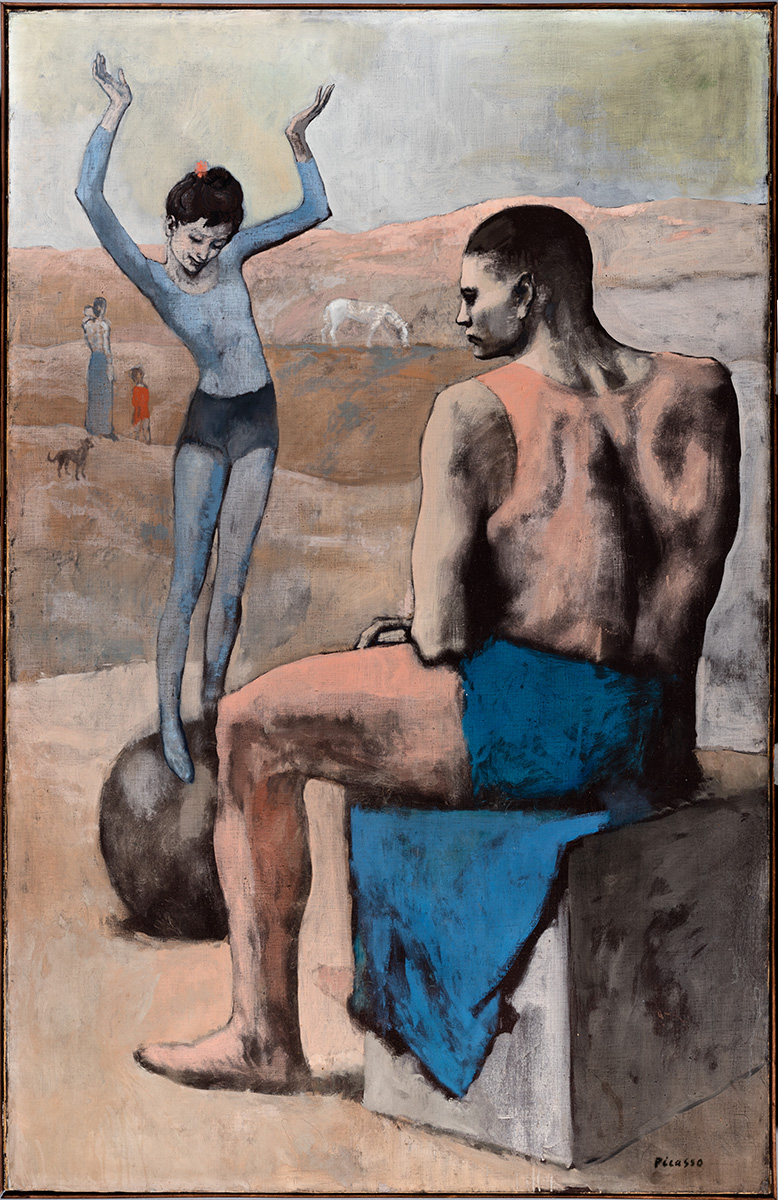 Journey of Girl on the Ball

The painting Girl on the ball by Pablo Picasso was sent to Paris for the exhibition "Picasso. Bleu et rose."

Transportation of early twentieth century paintings always involves certain difficulties. Picasso's masterpiece Girl on the Ball is a special case. The painting was executed by the artist on a previously used canvas: on its back side there is an unfinished image, and the paint layer on the front side is fragile and sensitive to changes in humidity and vibration. All this called the possible loan of the painting into question.

The Pushkin State Museum conservators developed a special system for mounting the piece, which provided its safety during the trip to Paris.

In its entire history, Girl on the Ball was loaned abroad only twice. The last time in 2011, to the Prado Museum in Madrid. Seven years later, thanks to the highly professional actions of the conservators of the Pushkin State Museum it was transported to Musée d'Orsay where it became a real jewel of the exhibition.

The exhibition "Picasso, Bleu et rose" will open in Musée d'Orsay  tomorrow, September 18, and will continue through January 6, 2019.