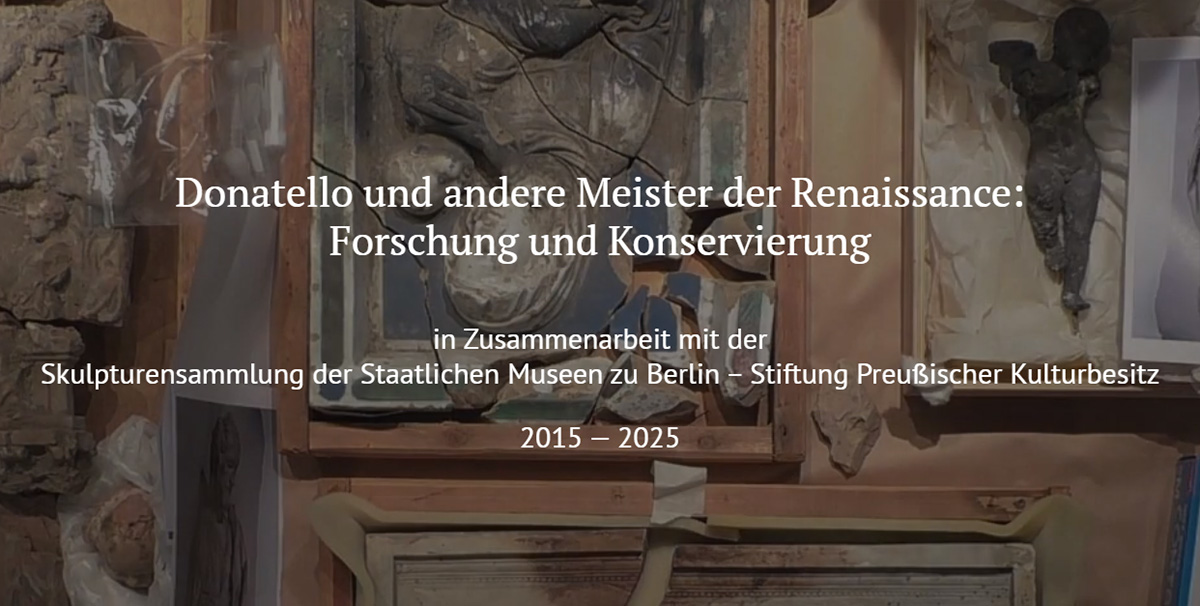 The Donatello Project: now in Italian and German

The "Donatello and other Renaissance masters: research and conservation" project's page is now available in Italian and German

Thanks to the support of the Ernst von Siemens Kunststiftung and participation of specialists from the University of Trento and the Petersburger Dialog, the "Donatello and other Renaissance masters: research and conservation" project;s page was translated into German and Italian languages, thus making the information about the project accessible to a wider audience, primarily for European specialists in the fields of art and conservation. Information about the objects included in the project, the research and conservation will continue to be regularly updated.

The project on research and conservation of the sculpture pieces from the Berlin museums which are now in custody of The Pushkin State Museum was launched in 2015. The Renaissance collection includes pieces made of metal, ceramics, stone, and terracotta which originally belonged to the museum of Kaiser Friedrich in Berlin and were brought to Moscow in 1946. Most of the pieces were badly damaged during a massive fire in Berlin's Friedrichshain bunker in the last days of the war. Learn more about the project here.