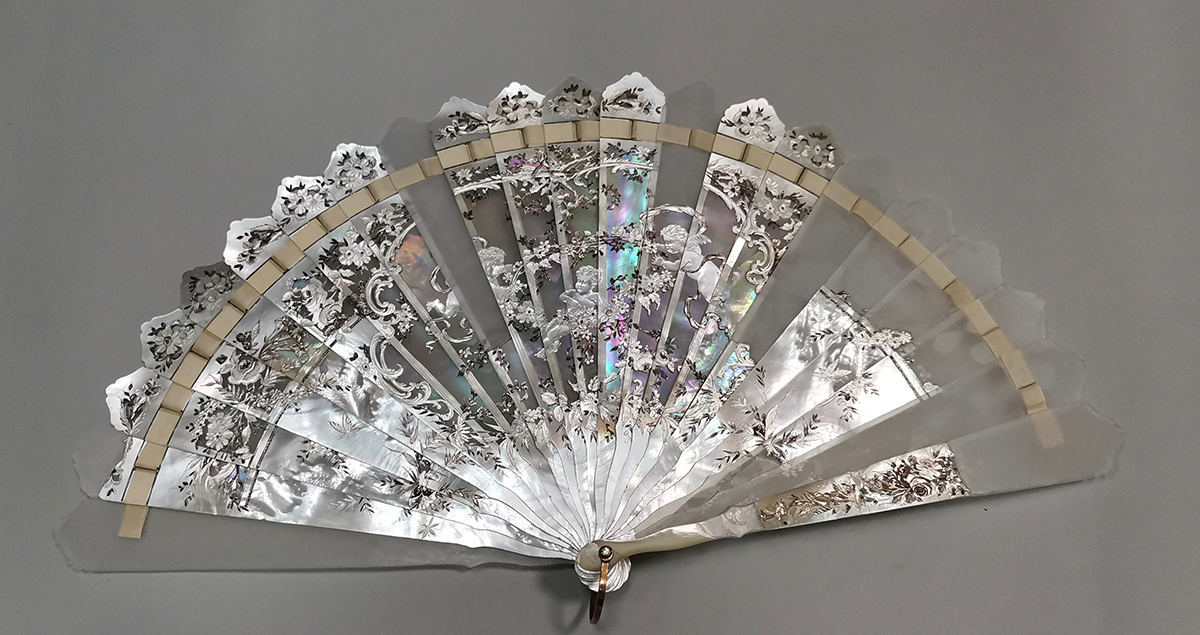 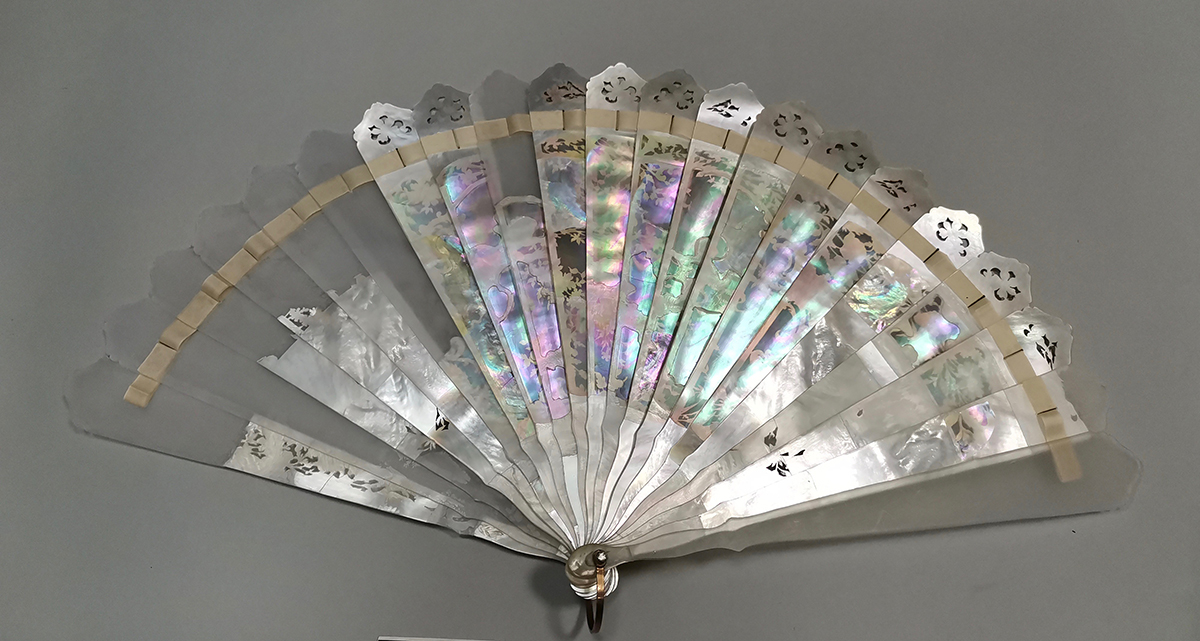 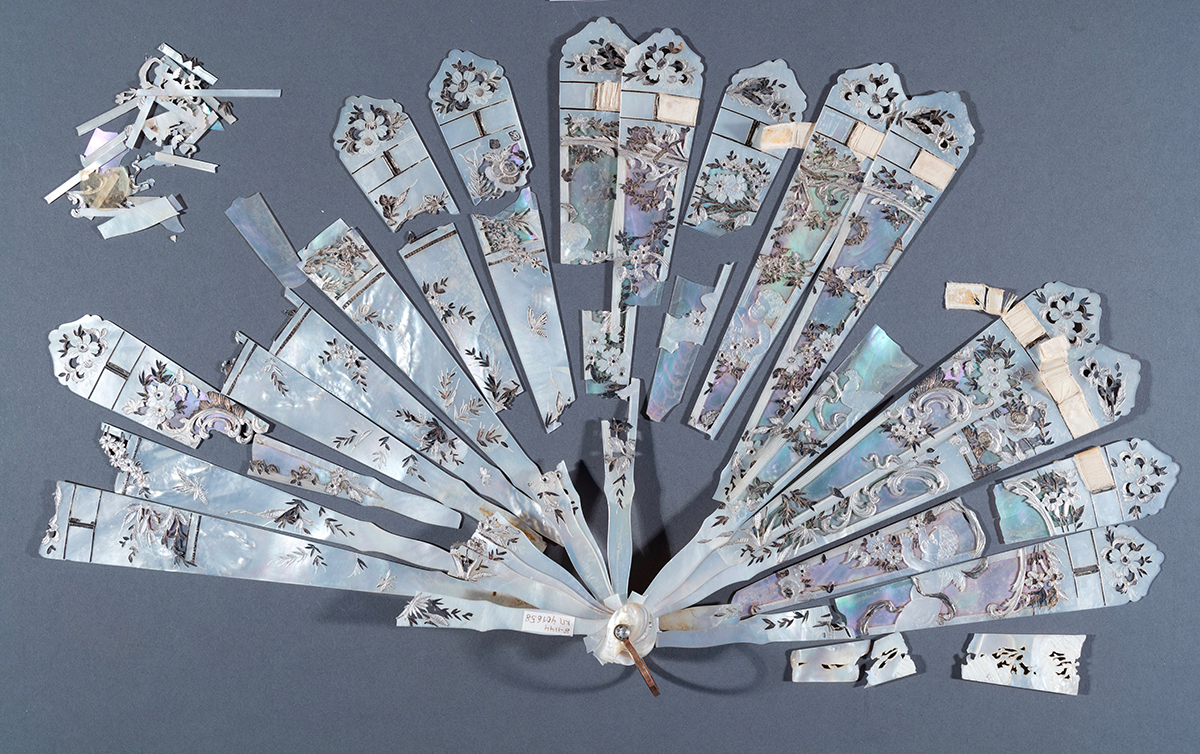 A fan made by the French company Alexandre in the 1860s-1870s is a unique object, the only brisé fan in the collection of the Pushkin State Museum of Fine Arts. This type of fan is made only of sticks and has no painted screen. The mother-of-pearl sticks are decorated with fine carving and ornamental foil and fastened with a silk ribbon.

Conservation of the piece was going to be difficult. Of the 22 sticks, only two have survived in their entirety, the rest were in fragments. One guard (the outermost stick of the fan) was lost completely, while only a small part of the second was preserved. During the object's lifetime, the silver foil was partially deformed and began to come off the sticks, the connecting ribbon weathered and the silk became threadbare.

Such damage required fine work, dictated also by the nature of the material: mother-of-pearl, which separates easily. Besides, the sticks had to be assembled in the correct order and the carving had to be restored.

The first stage involved removing the traces of old restorations: carpentry glue, epoxy and scotch tape. Once cleaned, the surviving fragments of the fan were lined and the lost pieces were recreated in plastic. The plates were connected with a new ribbon similar to the original one and fastened with a pin and a ring. This provided the fan with mobility and restored its functional properties. Larisa Getman (The Grabar Conservation Centre) did the work.

Previously, the Pushkin State Museum's paper conservators worked on an 18th-century fan for the exhibition "Shchukin. Biography of the Collection".

The work was supported by the law firm Freshfields Bruckhaus Deringer.