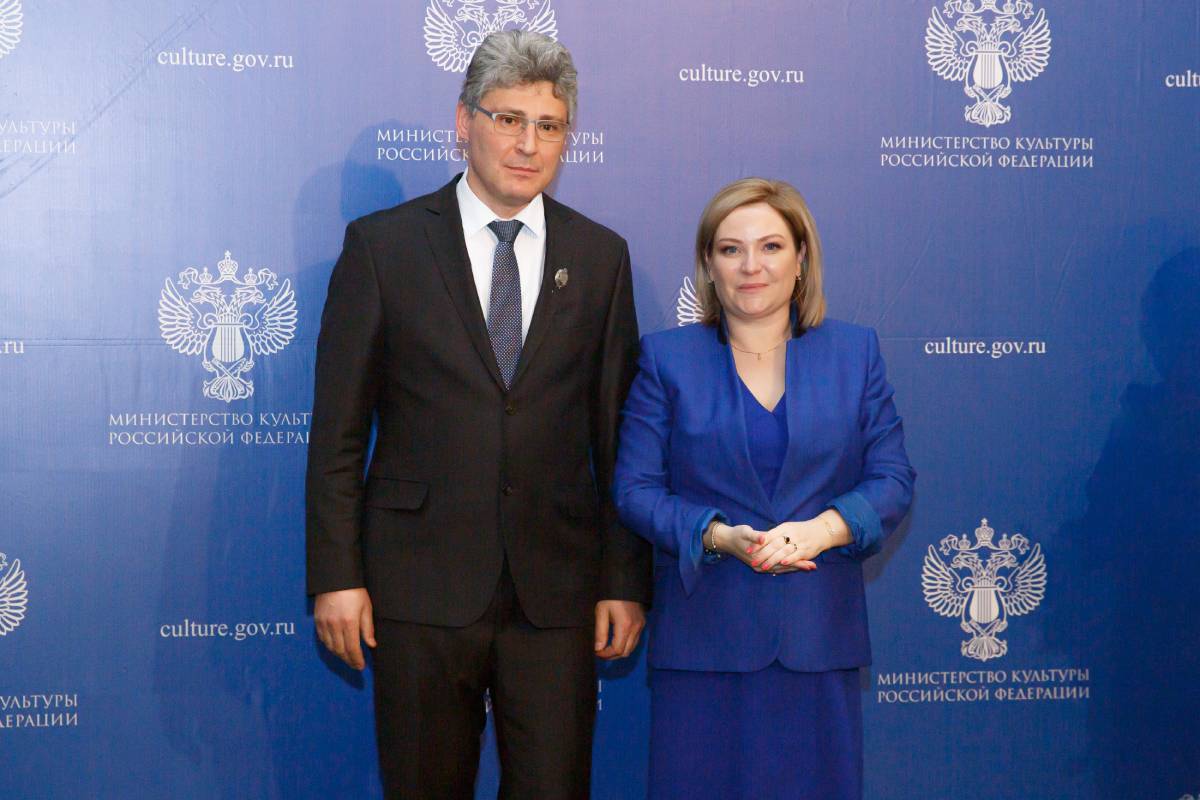 Igor Borodin, Head of the Department of Conservation, was awarded the title of Honoured Cultural Worker of the Russian Federation

Igor Borodin, Head of the Department of Conservation of the Pushkin State Museum of Fine Arts, was awarded the honorary title "Honoured Worker of Culture of the Russian Federation" for his services to the development of national culture and art, as well as for many years of fruitful work.

Igor Borodin has been working at the Museum since 1997 as an art conservator of textile, and since 2000 he remains in charge of the Department of Conservation of the Museum.

During his work at the museum he has restored several hundreds of fragments of Coptic textiles of the 6th-8th centuries from the main and special collections of the museum. Mr Borodin combines his practical conservation work in the museum with the development of scientific research on the art objects, as well as the theory and restoration of museum objects.

On Mr Borodin's initiative several unique research and conservation projects have been carried out in the department's workshops, among them are projects of international significance. Among the most recent projects are "Donatello and Other Renaissance Masters: Research and Conservation", "Conservation of 16th- and 19th-Century Western European Stained Glass", "Titian. Rebirth of a masterpiece", and the upcoming projects "The Gold of Troy" and "Woven Splendour".