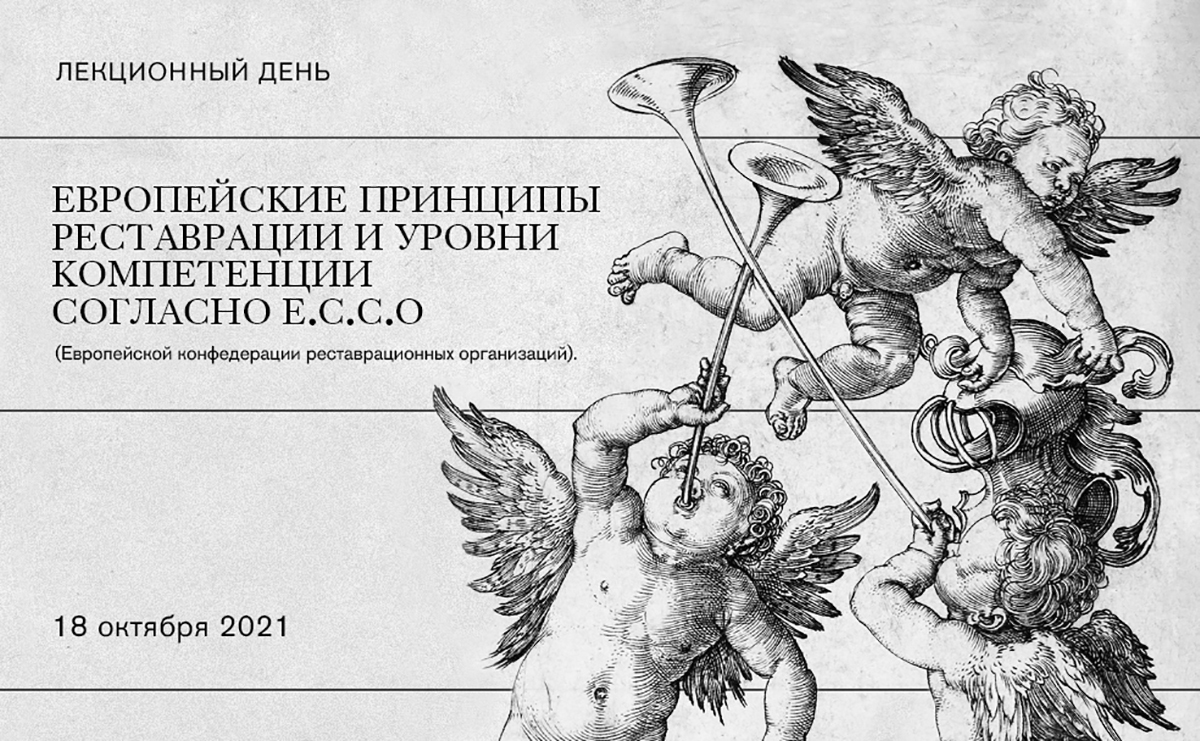 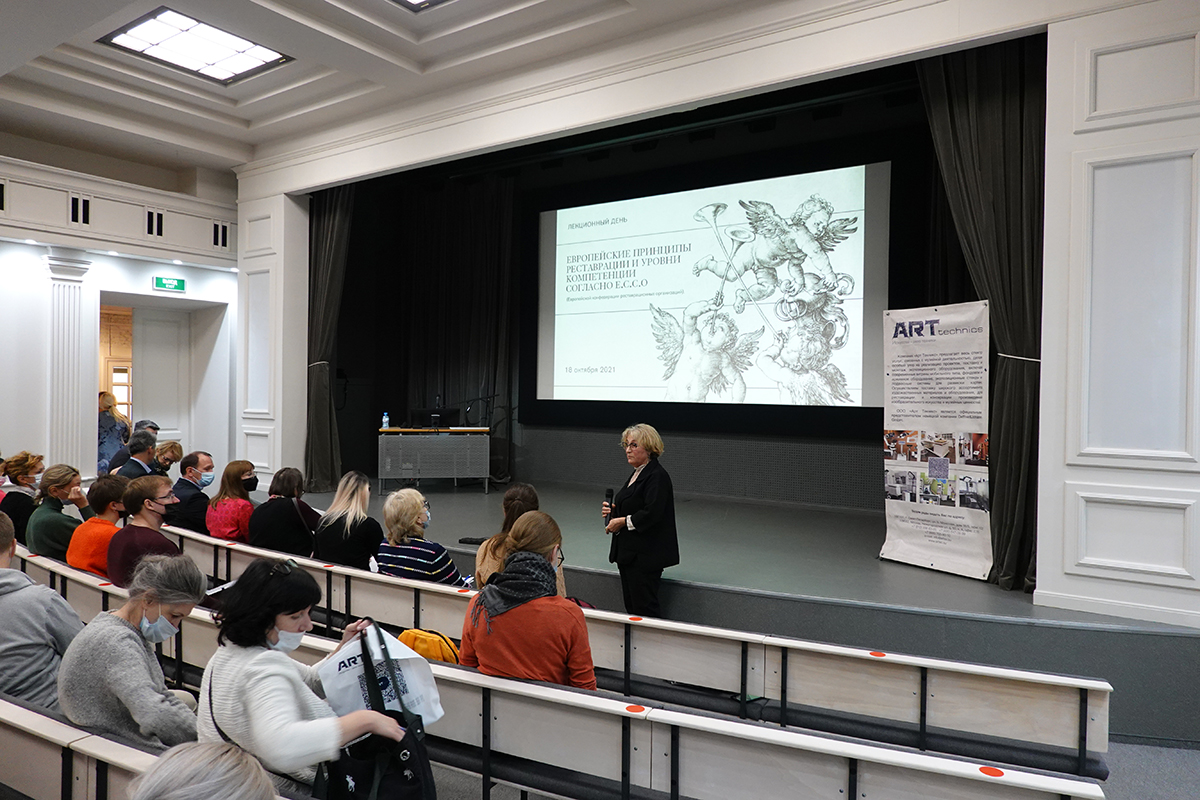 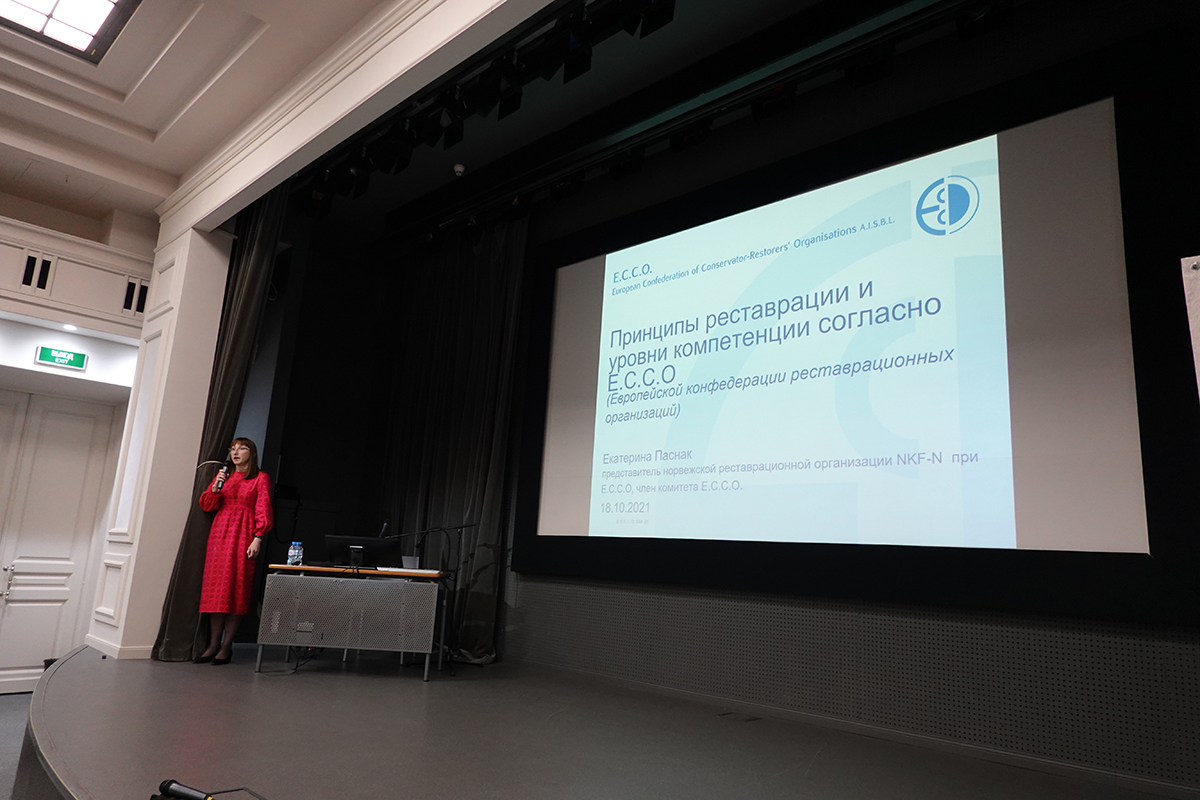 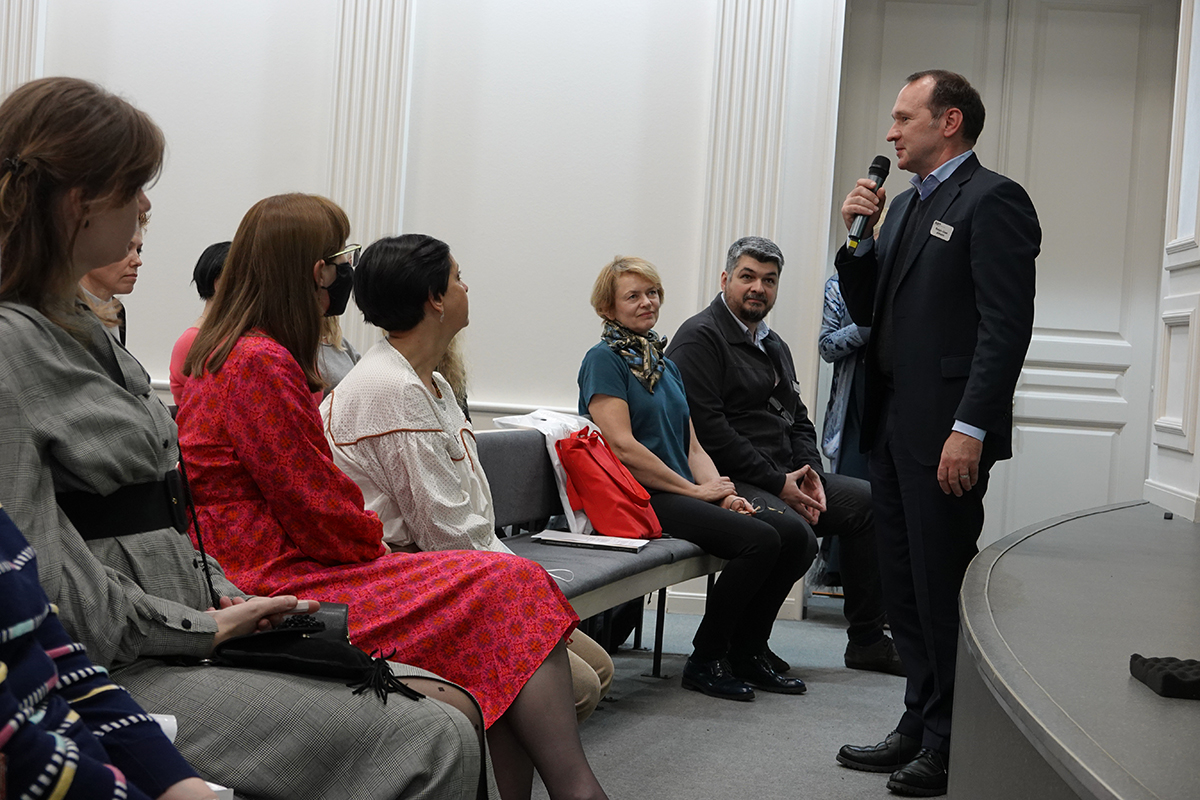 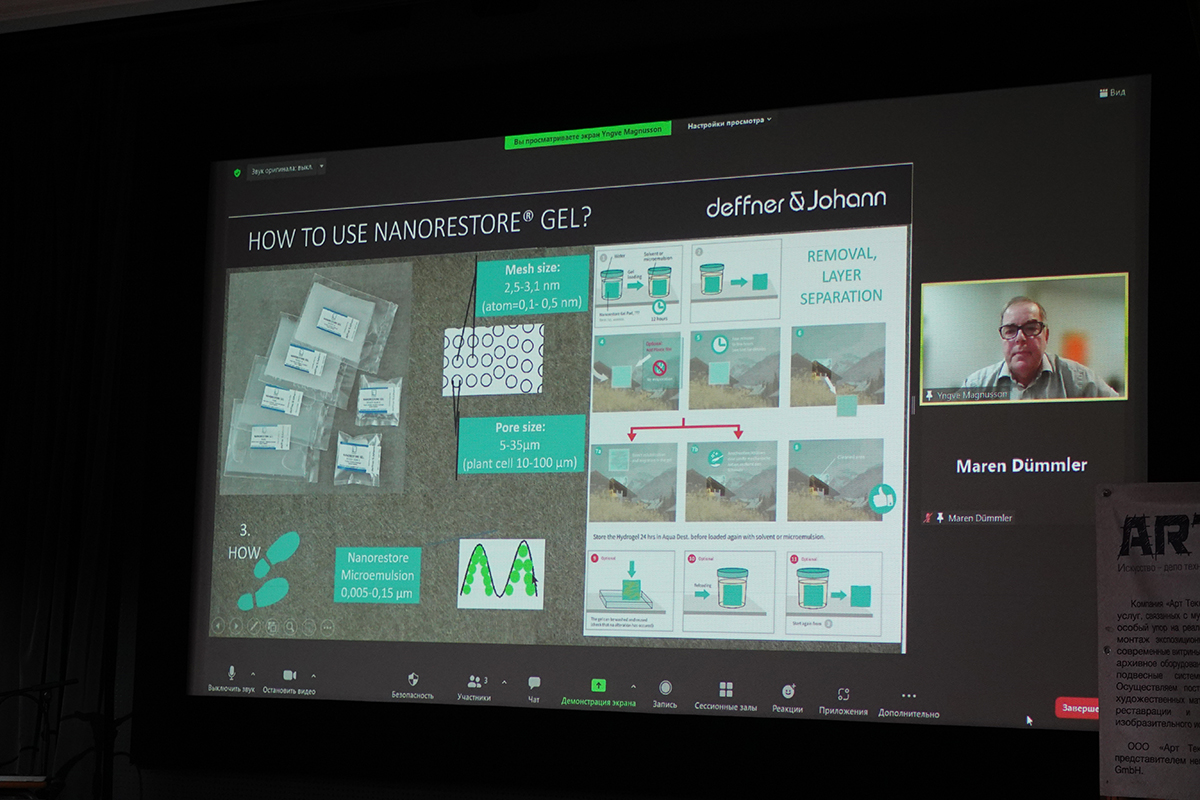 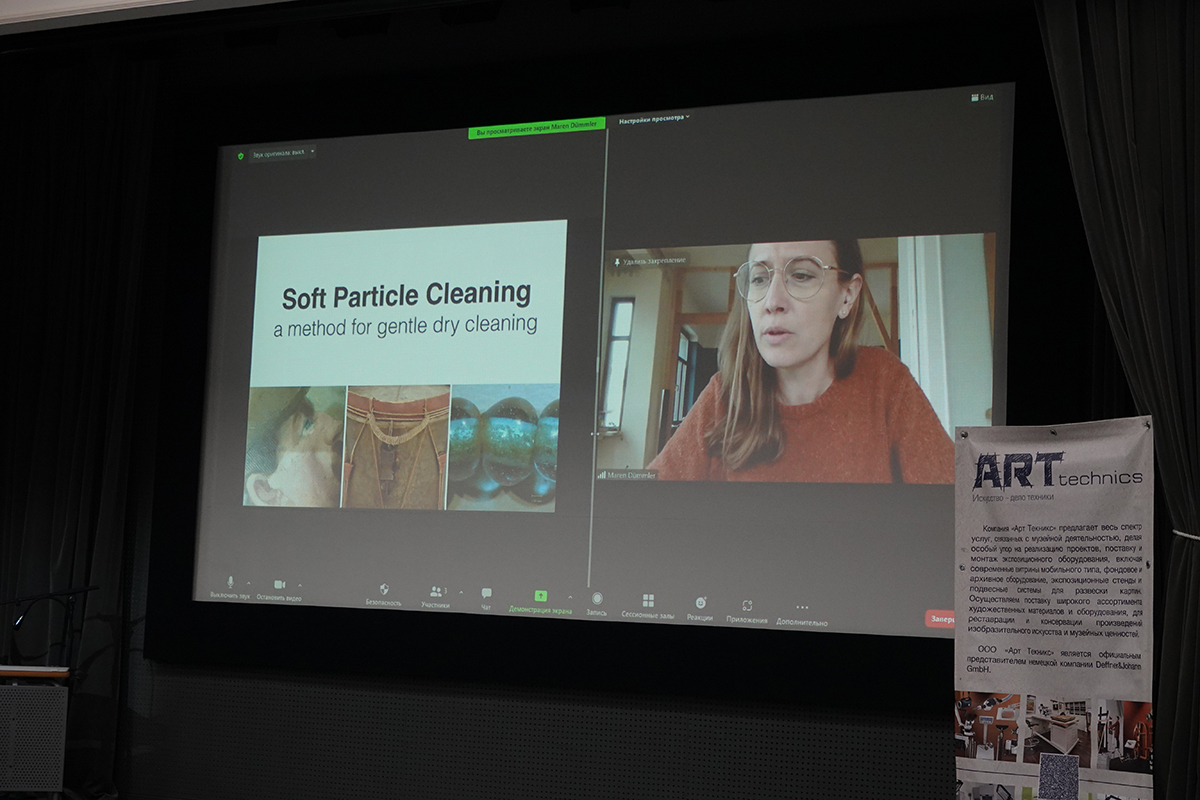 "European Principles of Restoration. Overview of modern materials and their application"

What restoration is, what classification exists in Europe and Russia, the basic principles of restoration as well as issues of education - all these questions were addressed in the report by Ekaterina Pasnak, conservator of paper at the Special Collections of the Library of the University of Bergen and member of the E.C.C.O. committee. Using examples from different European countries, Pasnak showed how different approaches and the concept of preservation, in general, vary depending on a country's culture and history.
The day continued with a lecture by Deffner & Johann. The company was founded in 1880 and initially produced brushes. Over the years, the range has expanded and today it is a leading supplier of materials and equipment for restoration, so we were very pleased to see the head (in the fifth generation!) of Deffner & Johann, Ralf Johann, who introduced two of his colleagues.
Yngve Magnusson, Head of Scientific Restoration at the Lillehammer Museums Foundation, spoke about the features of a new product for restoration - nanogels (Nanorestore). The gels have long been used in various restoration processes, but nanogels are not yet widely used. They can be used, for example, to clean objects (both water-resistant and water sensitive), to remove traces of vandalism, varnish, to reduce acidity, to stabilize and reinforce frescoes. The particular structure of nanogels allows to reduce the solvents used.
Maren Dummler, a paper restorer from Germany, demonstrated the potential of dry cleaning technology with the Resko Airblaster. Initially, this method was only used on paper objects. Over the years, however, it has been shown that it can be used on almost all materials - plaster, textiles, stone, ceramics, wood, glass and even on the most delicate ones, thanks to the selection of cleaning particles, nozzles and processing techniques.
In conclusion, we would like to express our deep gratitude to Art Technics, which is the representative of Deffner & Johann, a partner of the museum and sponsor of numerous conservation events.