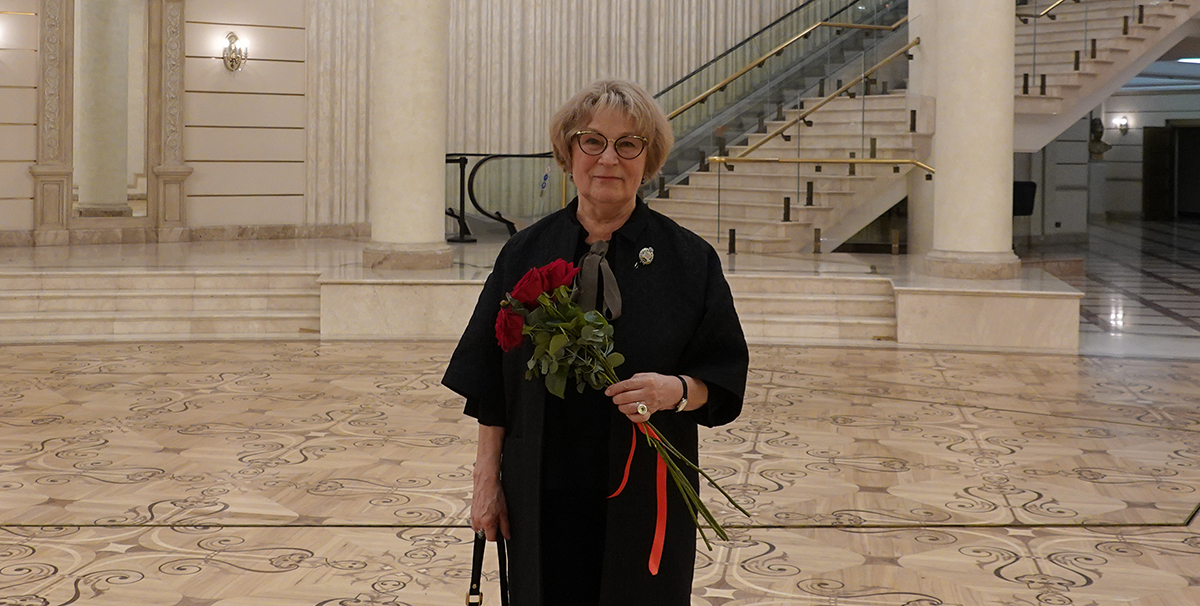 Tatiana Potapova, head curator of the museum, was awarded the title of Honoured Cultural Worker of the Russian Federation

On April 27, the Beethoven Hall of the Bolshoi Theatre hosted the ceremony of awarding workers of culture and art with state awards of the Russian Federation.

During a half-century of her work at the museum, Tatiana Potapova has experienced all stages of museum work, from senior research assistant at the Inventory and Acquisition Department to Deputy Director. For the last 30 years, Mrs Potapova has been the chief curator of the museum, in charge of registration and storage of art objects, their conservation and restoration. During all this time Mrs Potapova has taken an active part in the scientific, exhibition and exposition work of the museum, in the work of numerous committees and councils of the Ministry of Culture of the Russian Federation. Thanks to her utmost professionalism, special care for keeping and enriching museum collections, and diligence in her work, she has won the respect of her colleagues and subordinates. She has brought up several generations of young professionals.

We sincerely congratulate Tatiana on the well-deserved award and wish her good health, strength and energy to implement all her plans and ideas.