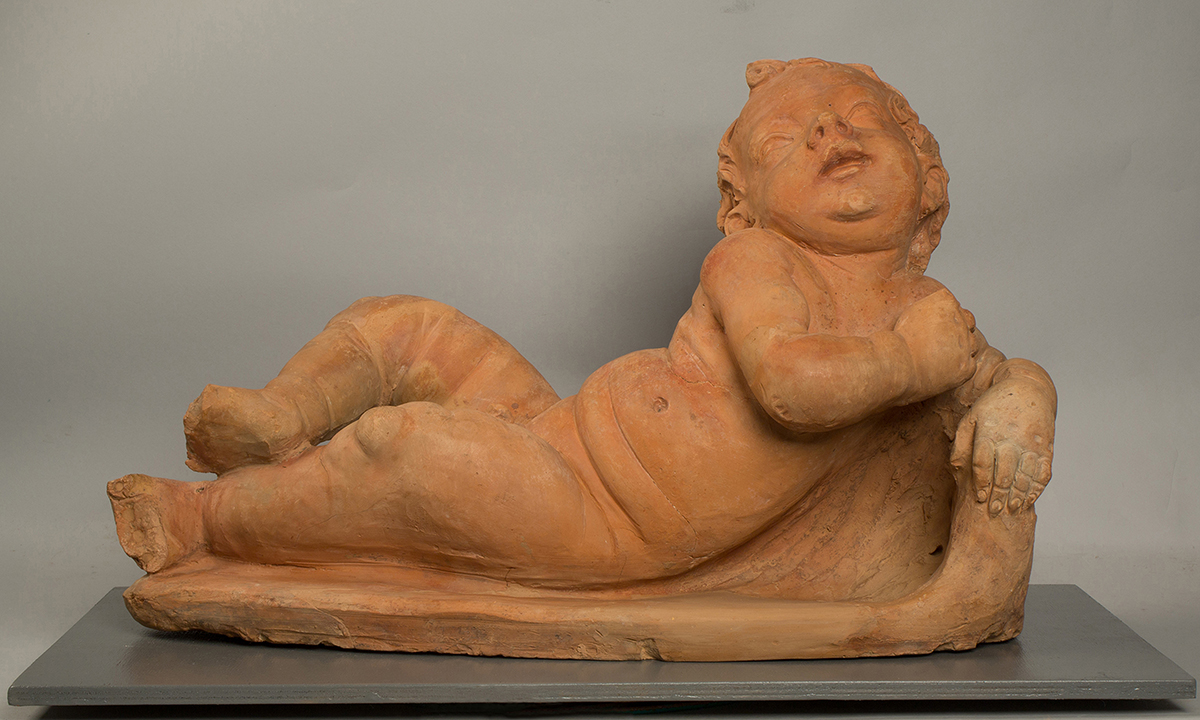 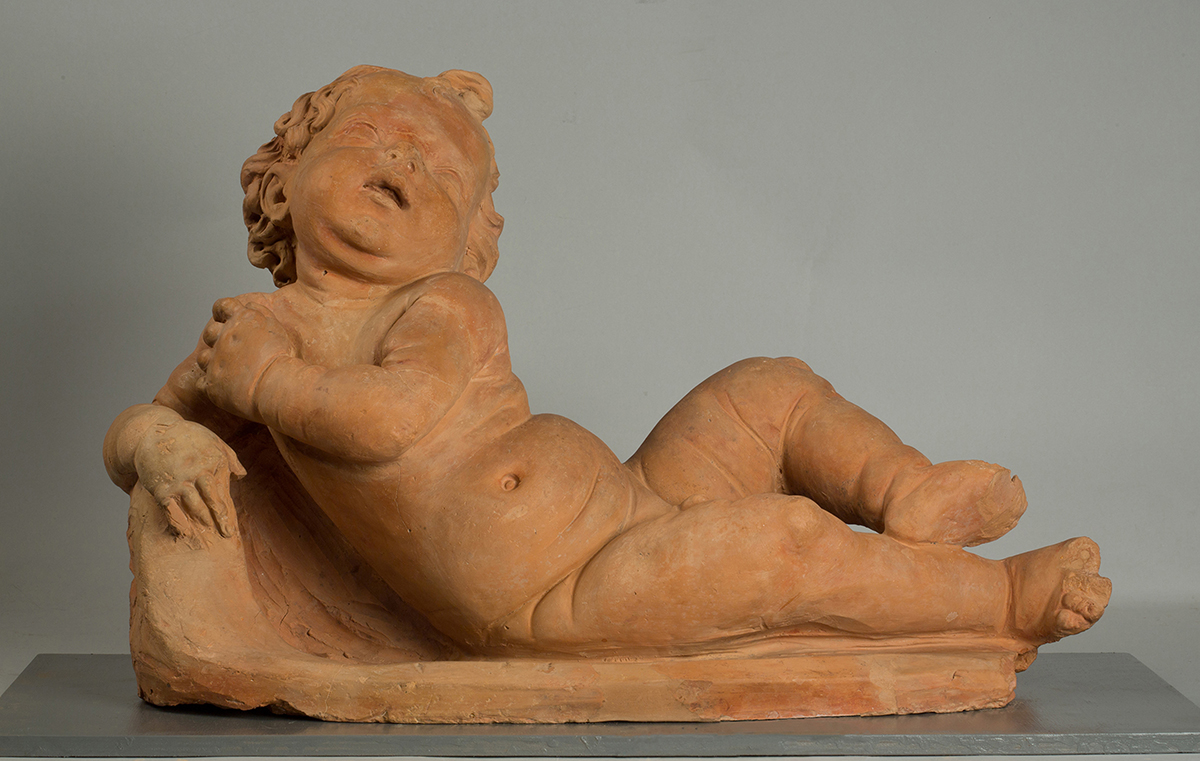 The terracotta figures of reclining putto had serious damage, including chipping and the loss of fragments of their bases, legs and arms. In the process of preparing for the treatments, the museum staff managed to find some of the original fragments, which were later used in the restoration. The hand of the 'right' putto was found in the Art of Ancient East Depository, while two fragments of the base were found in the Archaeology Department.

Besides the preliminary studies, he conservators carried out endoscopic inspections of inaccessible parts of the statues, which allowed them to study in detail the traces of previous treatments as well as natural deposits that needed to be removed. Analysis of the samples revealed an almost complete match in the composition of the clay of the two sculptures. The less detailed and poorer surface finish of the 'right' putto suggested that he was made as a mirror copy of the 'left' one.

Elena Minina was the conservator who worked on the original pieces. The plaster copies were restored by Oleg Sinitsyn, a specialist in stone sculpture.

The plaster casts of the reclining putti were well-preserved, but required cleaning and retouching, as well as minor fillings. Interestingly, the reproductions were better preserved than the originals and so they were an important source of information when it came to deciding on the concept of restoring the original terracotta figures.

The results of the treatments were demonstrated during a visit of the Ambassador of the Federal Republic of Germany to the Russian Federation, Mr Geza Andreas von Geyr, and Stella Art Foundation President Stella Kesaeva.