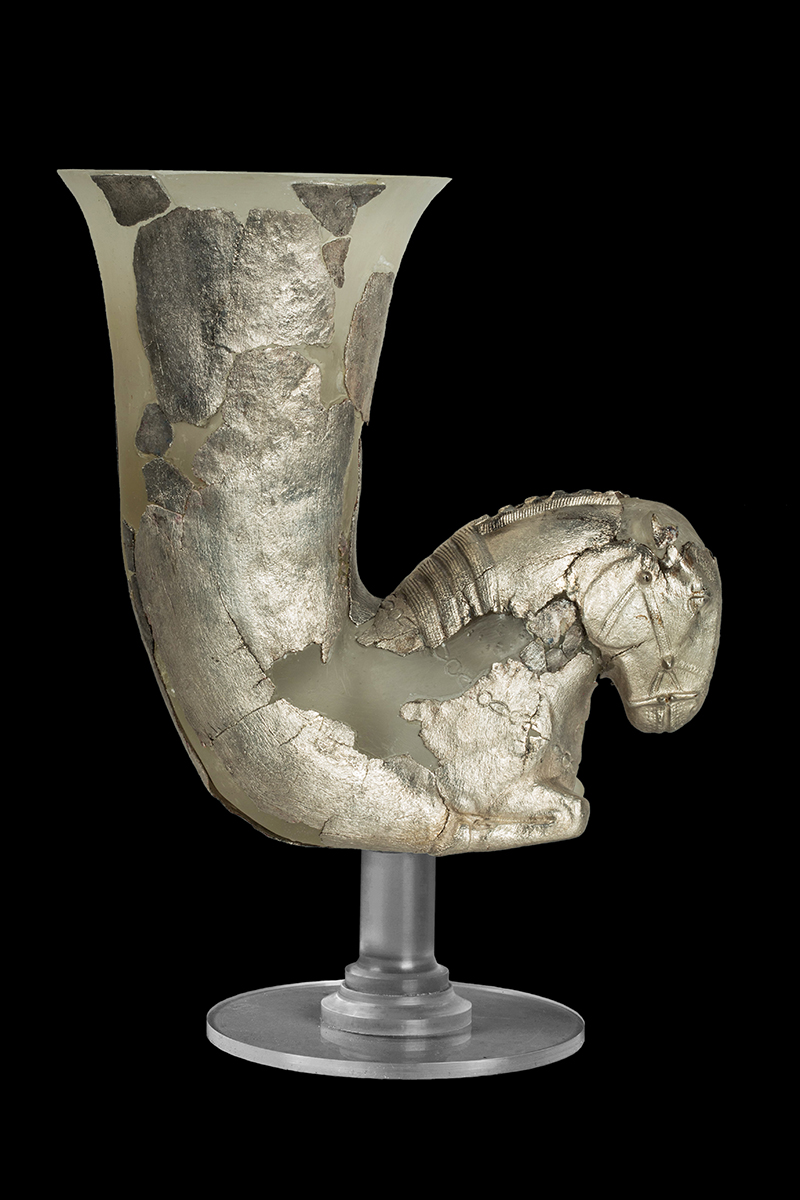 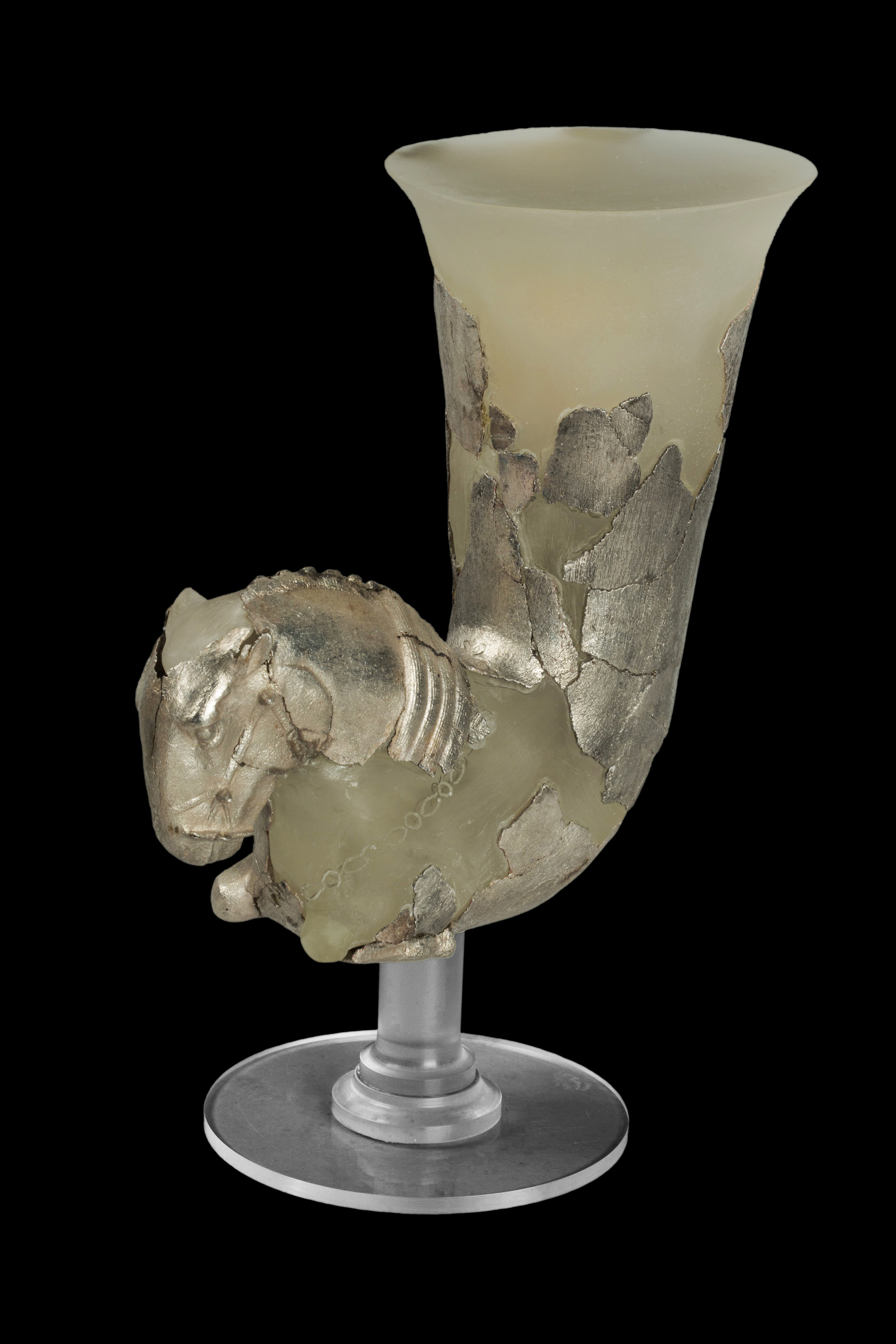 The silver rhyton from the collection of the Pushkin State Museum of Fine Arts has been restored and will soon be on display. A rhyton is an ancient type of ritual vessels in the form of a cone-shaped horn (bicker), which ends with a protoma - a half-figure of an animal. Rhytons were particularly widespread in the Achaemenid Empire in the 6th - 4th centuries BC.

The restored rhyton belongs to this period. It was found in 1971 by the Orenburg Archeological Expedition in the Novo-Kumak barrow on the outskirts of Orsk. The find belongs to a rich burial site of a Sarmatian nomadic leader of the 4th century B.C. This vessel consists of a smooth bicker and a protoma in the form of a half-figure of a horse. The existence of direct analogies in other Achaemenid silver rhytons from the treasures at Erebuni and Borovo testify that this vessel belongs to the Achaemenid art of toreutics from the 5th-4th centuries B.C.

Learn more about the history of the find and the artistic features of the rhyton in the video interview with Ramil Vergazov.

The silver rhyton came to the Pushkin State Museum of Fine Arts in fragments. Unfortunately, the first restoration was not entirely successful. Some parts of the vessel were assembled with some irregularities in its overall proportions, while the inner wire frame had corroded over time. The conservator working on the piece was faced with the difficult task of correcting the flaws of the previous restoration.

Drawing on the experience of Japanese and American colleagues from the Miho Museum and the Metropolitan Museum of Art, the conservator from the Pushkin State Museum decided to reassemble the rhyton. The composition of the metal of some fragments was analysed before the restoration, and the results can be seen here. Afterwards the object was cleaned of any traces of previous treatments, the old inner frame was removed and the fragments were reinforced by laser-welding the cracks. Finally, all of the fragments of the rhyton were mounted on a specially created inner mould of translucent polymeric material.

You can find out more about the restoration of the rhyton in a video interview with Mikhail Tulubenskiy.