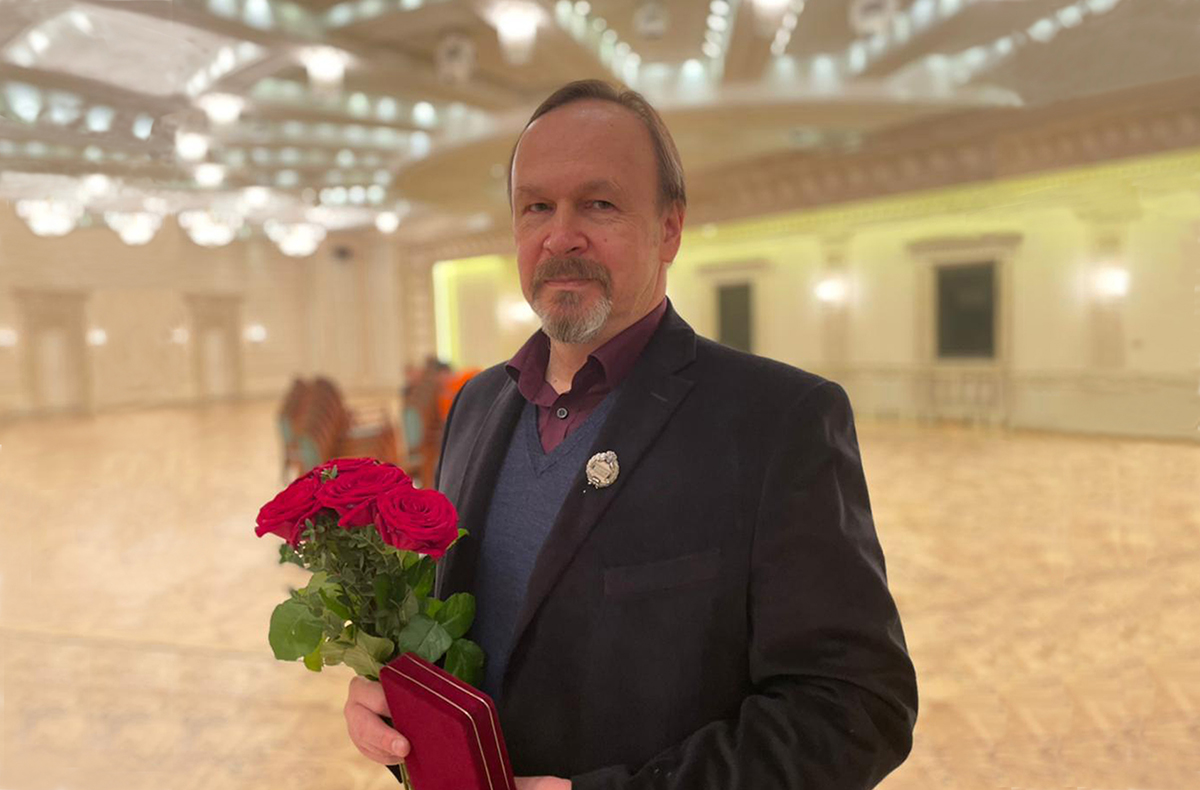 On March 24, the Day of Cultural Worker, the Beethoven Hall of the Bolshoi Theatre hosted the ceremony of awarding workers of culture and art with state decorations of the Russian Federation.

Vladimir Simonov, head of the workshop at the Grabar Conservation Centre, and an art conservator at the Pushkin State Museum of Fine Arts, was awarded the honorary title of Honoured Cultural Worker of the Russian Federation.

Vladimir Simonov is a top-class specialist. He always has a creative approach to the conservation of each piece, which does not prevent him from finding the right methodological solutions. His all-round knowledge and skills have more than once helped us in the most difficult situations. His reverent attitude towards the objects he works with is admirable, and his charm and sociability have earned him hte love of his colleagues. We congratulate Mr Simonov from the bottom of our hearts and wish him further creative success, new discoveries and inexhaustible energy.